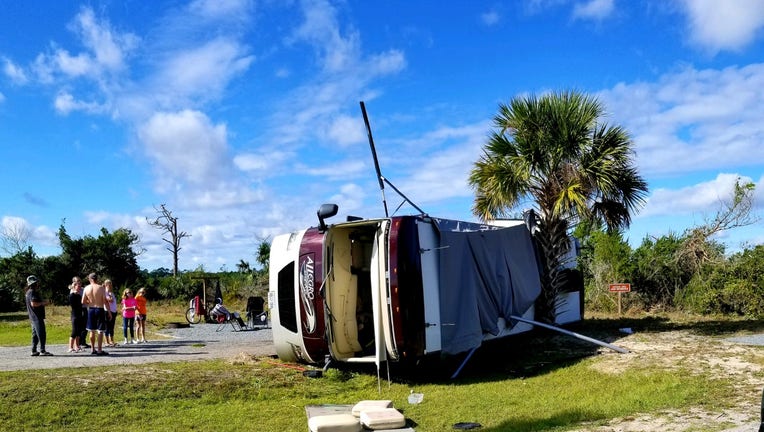 The camper inside, Tamara Kechnie, says she felt the RV shaking early Saturday morning around 5:40 a.m.

As Saturday's Tornado confirmed by the NWS tore through Flagler County, heavy winds pushed an RV over at Gamble Rogers Memorial State Park.

Winds reached around 110 miles per hour as the tornado confirmed by the National Weather Service traveled from Korona to Flagler Beach Saturday morning.

The heavy winds pushed an RV in the Gamble Rogers Memorial State Park to its side while Kechnie was inside.

"I was like, 'I’ve got to get out of here,'" Kechnie said. "That’s my first instinct because I didn’t know if it was going to continue to roll."

She says the only way out was through the front windshield.

"I climbed out of the back of the unit and through the front window," Kechnie said. 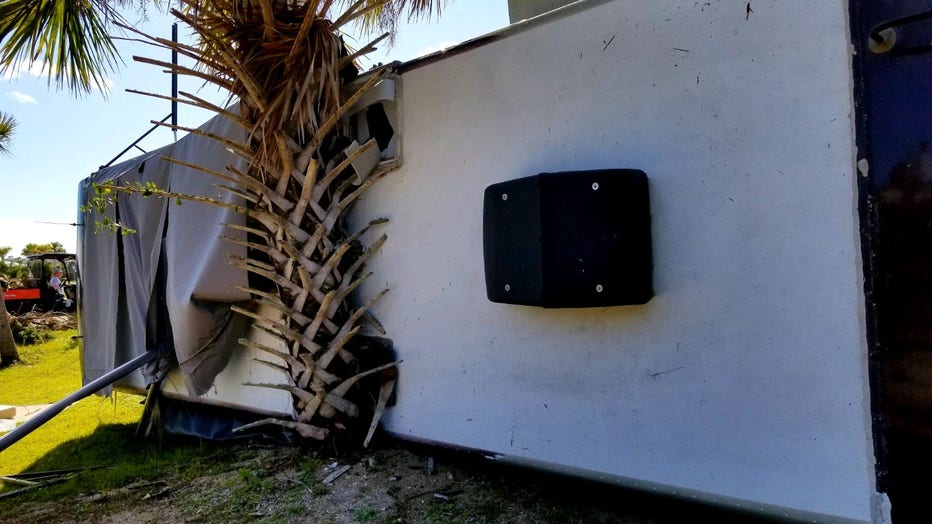 The woman ran to the campground's bathroom and shower area. She says several people on the grounds took cover there too.

Several other people say their RV's were rocking too, but only one flipped over.

"It was like a roller coaster. It was tough," camper Jack Wilbur said. "It was a rough ride."

There are several down trees on the campgrounds.

A park ranger tells FOX 35 News about 15 campers were in tents underneath down trees, but thankfully, no one was seriously hurt.

"It’s a blessing that we made it out, without injury really," Kechnie said.