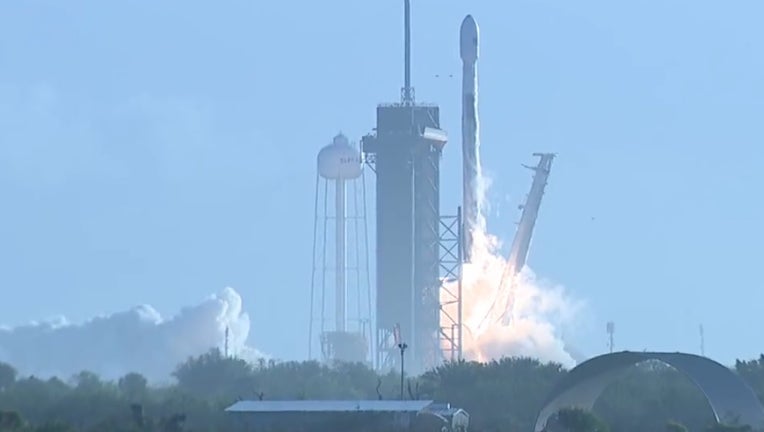 CAPE CANAVERAL, Fla. - After scrubbing the launch this past weekend, SpaceX successfully launched 60 Starlink satellites from the Kennedy Space Center on Wednesday morning.

The Falcon 9 rocket carrying the satellites lifted off at 8:16 a.m. EDT from launchpad 39A.

This is the sixth round of satellites that SpaceX has lifted for Starlink.

"The company has approval to launch about 12,000 Starlink craft and has applied for permission for up to 30,000 more," according to Space.com.

The goal of CEO Elon Musk is to beam internet for people around the globe using hundreds of satellites.

Wednesday's launch was originally scheduled to take place Sunday, but an automatic abort of triggered at the last second because of an engine-power issue with the Falcon 9.