Researchers at the University of Central Florida are working on what could be the foundation for life beyond Earth. The team is experimenting with different types of soils to determine which ones provide the best conditions for plants and vegetables.

What would human homes and cities on other moons and planets be built out of? It's something space enthusiasts and scientists are looking at already amid the current space race.

"Because it's very expensive and heavy to bring stuff from earth on to the moon, you have to use a lot of rocket fuel, use the rocket itself, and go through that whole process. It's a lot easier to use what's already there to build whatever you need," said Nicolas Alfanador, a junior at the University of Central Florida and researcher at Exolith Lab.

These students and researchers grind rocks to simulate the kind of landscapes that would be found on other moons and planets.

"The moon, Mars – mineralogically they're very similar in terms of the actual rocks that are there, basically. The elements that are present, we can find those here on Earth because in the early formation of the solar system it's all the same asteroids, at least that's most theories in planetary science," said Konrad Krol, a senior at UCF and operations manager at Exolith. 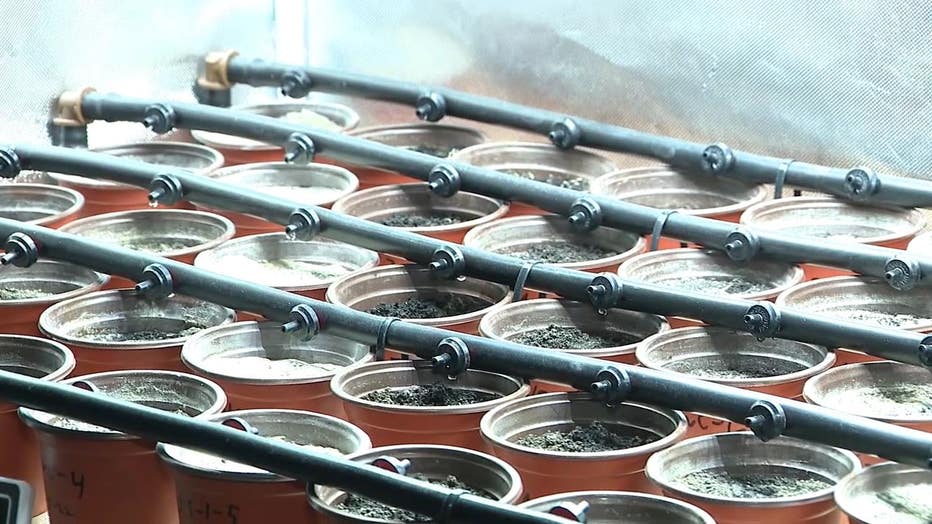 This so-called space dirt, also called regolith, is sold to universities and space companies, who can then conduct their own research on behalf of NASA and other groups. They hope to ship 60 tons – 120,000 pounds – of dirt this year.

The Exolith Lab researchers are also looking at the dirt and whether it can be used to farm food.

"It's really expensive to bring anything to space and in order to create sustainable farming, if we couldn't do it with just what's up there, it would require a lot of material moved up into space," said Steven Elsaid, a senior at UCF and plant biologist at Exolith.

This research, they said, is critical to the future of humanity in space.