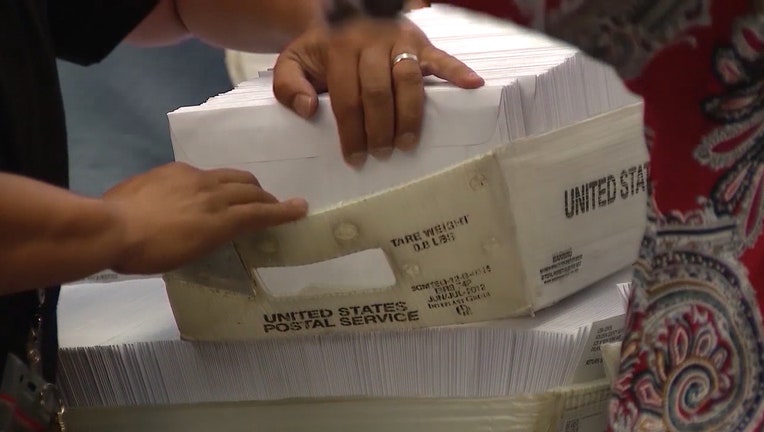 TALLAHASSEE - Pointing to expected voting problems this year because of the coronavirus pandemic, left-leaning groups have filed a federal lawsuit challenging parts of Florida’s rules for vote-by-mail ballots.

Priorities USA, Alianza for Progress, the Florida Alliance for Retired Americans and individual plaintiffs filed the lawsuit Monday, almost exactly six months before the Nov. 3 general election. The lawsuit challenges state laws and procedures that include requiring elections supervisors to receive vote-by-mail ballots by 7 p.m. on election night for the ballots to count.

The lawsuit argues that ballots should be valid so long as they are postmarked on or before Election Day.

“While the Election Day receipt deadline is constitutionally problematic in its own right, under the current circumstances ---where a global pandemic will lead to a significant increase in mail voting while at the same time severely burdening an already compromised USPS (United States Postal Service) and thinly stretched local elections staff --- it cannot survive judicial scrutiny,” said the lawsuit, filed in federal court in Tallahassee.

Florida, which is again expected to be a key state in November’s presidential election, has faced numerous lawsuits over the years about its election procedures and laws. As Monday’s lawsuit was filed, for example, a federal judge heard testimony about the constitutionality of a 2019 state law dealing with restoring the voting rights of felons who have done their time behind bars.

But with 1,399 Florida residents dying as of Monday from COVID-19, the respiratory disease caused by the coronavirus, the pandemic could add another layer of issues to the legal fights. While Florida went ahead with its March 17 presidential primary election, other states have postponed elections amid concerns about the spread of the virus at polling places and issues such as shortages of poll workers.

Florida’s primary elections for many state and local races will be held Aug. 18, and it remains unclear what the effects of the coronavirus will be at that point or in November. But the lawsuit filed Monday said the pandemic is likely to lead to an increase in vote-by-mail ballots.

The lawsuit names as defendants Gov. Ron DeSantis, Secretary of State Laurel Lee, Attorney General Ashley Moody, the Florida Elections Canvassing Commission and county supervisors of elections throughout the state. It raises a series of constitutional issues, including alleged violations of equal-protection and due-process rights and the alleged use of a “poll tax.”

The poll tax allegation centers on an argument by the plaintiffs that Florida improperly requires voters to pay postage to return vote-by-mail ballots. Poll taxes are barred by the U.S. Constitution’s 24th Amendment.

“Requiring voters to spend money to submit a mail ballot imposes an unconstitutional poll tax in violation of the Twenty-Fourth Amendment. Indeed, Florida voters --- and particularly voters who are low-income, disabled, or homebound due to COVID-19 --- are being forced to pay ‘a price for the privilege of exercising the franchise,’” the lawsuit said, quoting a legal precedent.

Among other things, the lawsuit raises First Amendment arguments because of a law that restricts people who are paid by organizations such as Priorities USA and Alianza for Progress from helping voters submit mail-in ballots. The law prevents those people from helping more than two voters with the ballots.

“The act of assisting voters to submit ballots by any individuals is inherently expressive and an individual or organization that conducts such activities engages in speech by encouraging voting,” the lawsuit said.