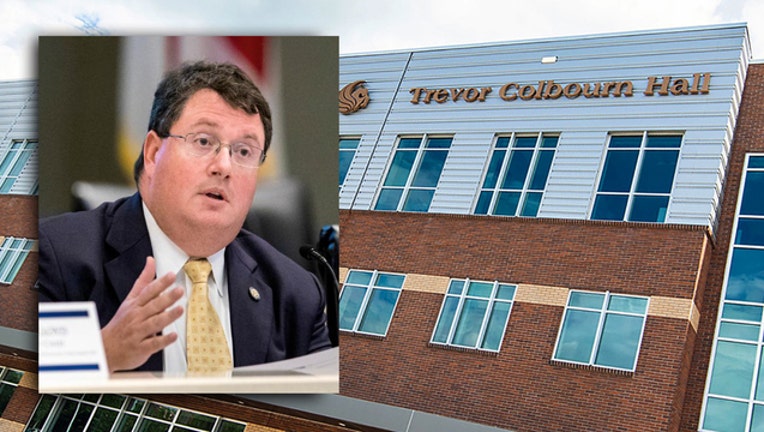 TALLAHASSEE, Fla. (NSF) - The chairman of the House Higher Education Appropriations Subcommittee on Wednesday toyed with the idea of punishing the University of Central Florida because of a financial scandal, including plucking the school’s state-funded building projects or even shutting it down.

Chairman Randy Fine, R-Palm Bay, is a key player in making funding decisions for the university system. On Wednesday, he focused on UCF, where officials misspent tens of millions of dollars of state operating money on construction projects.

“I believe that we are stewards of taxpayer money and we are obligated not to fund organizations that refuse to steward that money in an appropriate way,” Fine said. “If it was a private business that I owned, I would shut it down.”

Fine also inquired about the Legislature’s power to remove “bad actors” from a list of state-funded education building projects. Such a move would be possible, according to Eliza Hawkins, the deputy staff director for the subcommittee.

Shutting down the university may not be “realistic,” Fine acknowledged to The News Service of Florida after a meeting of his panel. But he said the university's financial history will be a factor when the House considers funding its building projects, including maintenance, restoration and repairs of existing facilities.

Florida has spent $606 million to partially fund 37 building projects at state universities and colleges. To finish those projects, there is a need for $733 million more in state funds.

“We are going to go project by project and see the recommendations on whether those projects are actually good ideas,” Fine told the News Service. “As related to UCF, their history will probably play into that, but we will have to see how that plays out.”

The suggestions, however, rattled state Rep. Carlos Guillermo Smith, an Orlando Democrat who represents the area that includes UCF. Smith, a member of Fine’s subcommittee, called the chairman’s comments “reckless.”

“It’s reckless because people will hear that and they will fear for their jobs,” Smith told the News Service. “Moving forward, as we continue to handle the financial decisions of a handful of leaders at the University of Central Florida, we should take a more measured and balanced approach.”

Following the exchange between Fine and Smith, House Speaker Jose Oliva said in a statement that he does not support closing UCF.

“The misuse of taxpayer dollars by a few members of the UCF administration does not diminish the achievements of the faculty and students of the university nor does it reflect negatively on the positive impact UCF has to both Central Florida and the entire state,” Oliva, R-Miami Lakes, said.

Fine’s comments followed other moves by the House to crack down on UCF officials in the wake of the financial scandal. Last week, the House Public Integrity & Ethics Committee voted to summon 14 university officials, including UCF President Dale Whittaker, to testify before the committee.

“A proper investigation is in the best interest of the university and important to its integrity,” Oliva said in his statement.

The misuse of state funds surfaced in September and focused on $38 million in operating money that was used to construct UCF’s Trevor Colbourn Hall. Under state policy, the funds were supposed to be used for activities such as instruction, research, libraries, student services or maintenance.

A subsequent investigation by an Atlanta law firm led to a report that outlined a total of $84.7 million in state operating funds that either were used or slated to be used by UCF for construction projects, in direct violation of state policy.