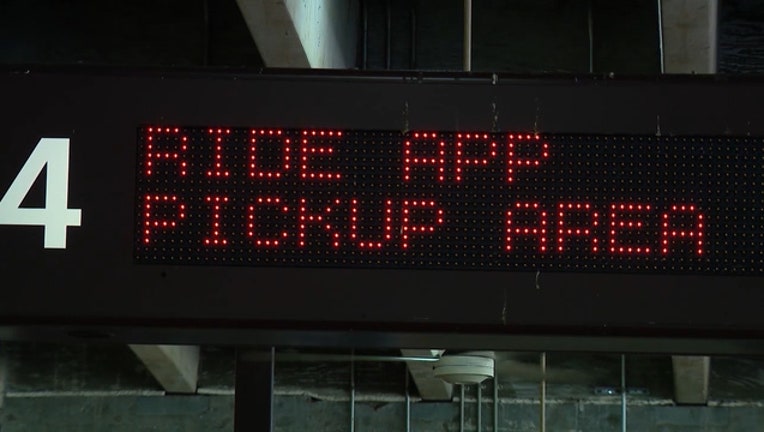 ORLANDO, Fla. (FOX 35 ORLANDO) - Uber and Lyft are popular ways to get around Orlando, but the rideshare business can be cut-throat. Police say some drivers could be breaking the rules, putting your safety on the line.

Is your Uber driver who he says he is? In July, FOX 35 reported on the rideshare lot at Orlando International Airport and the illegal parking happening now.  On Friday, Orlando Police and federal authorities raided the lot, finding more issues than just illegal parking.

The airport records department told FOX 35 last month it received up to 3,000-plus pages of calls for service to the lot in the last year. That included calls for overcrowding and double parking. Now, FOX 35 is learning the Orlando Police Tactical Unit, Airport Patrol, Customs and Border Patrol and ICE raided the lot.

In the lot on Friday, 21 people were contacted. Eight warnings were issued for loitering. Nine abandoned cell phones were found in bushes and trees around the lot. No one was arrested.

"While we are actively investigating these reports, we have no reason to believe the allegations of hacking are accurate. We stand ready to assist the airport and law enforcement."

FOX 35 reached out to Uber, which sent us the following statement:

"Fraud is not tolerated on our platform, including situations like this one though it did not involve hacking. Anyone who participates in fraudulent activity of any kind on our app is in clear violation of our Community Guidelines and will be removed from the platform. We continue to improve our fraud detection and prevention systems to protect honest drivers from the small number trying to gain an unfair advantage."

Orlando police detectives say they expect to release more information on Monday. The investigation is ongoing.