BREVARD COUNTY, Fla. - A construction worker was rescued Thursday afternoon hours after he fell into a 15-foot hole at a construction site in Brevard County. Watch video from SKYFOX in the player above.

A spokesperson for the Brevard County Sheriff's Office said it took about three hours to rescue the man from the trench because of incoming water and the density of the mud and muck. Getting the rescue equipment to the site was also a challenge.

In an update on its Facebook page Friday morning, Brevard County Fire Rescue said the man fell into a hole that was 15 feet deep and 40 foot in circumference. Crews were doing excavation work at the construction site.

Video from SKYFOX showed more than a dozen construction workers and first responders in the construction site, as well as an excavator pulling water and mud from the trench. 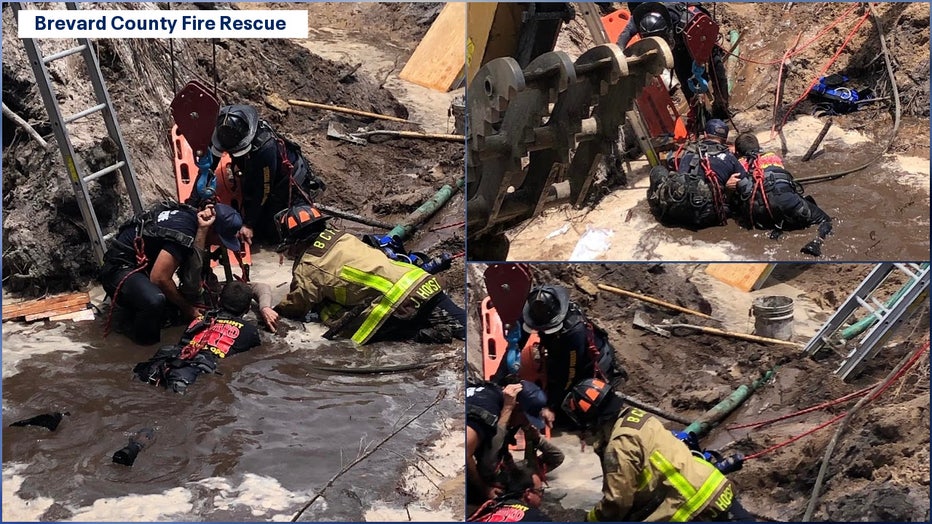 The man was eventually rescued and taken to a local medical center, according to BCFR.

The construction site is located in Sharpes, Florida, near the Cocoa Beach coastline.