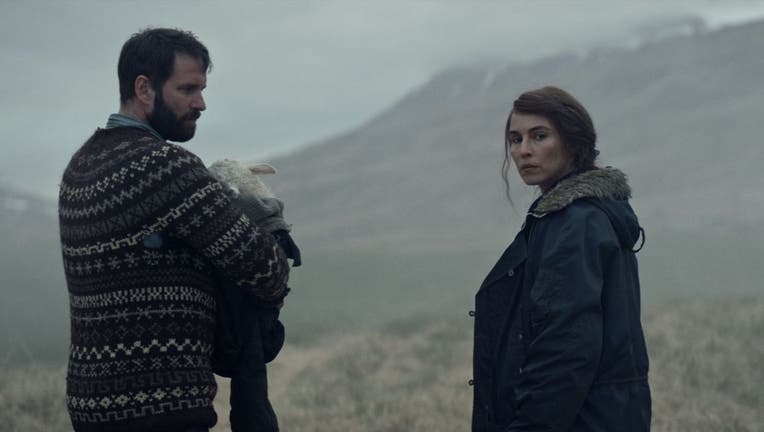 Washington, D.C. - Fear is relative. When it comes to horror as a genre, what scares some might not scare all. And between the marketing strategy and October release date for A24’s latest, "Lamb," it would be natural to assume that this is a horror film meant to take advantage of the spooky season. What a disappointment, then, that "Lamb" turns out to be a bait and switch. The film is focused on familial loss, transformative grief and the second chances found in children, and all of that can be moving in a particular way. But scares? Few of those are found here.

To be fair to "Lamb" director and co-writer Valdimar Jóhannsson, he describes his latest film as "a classical drama with genre and surrealist elements." If A24 hadn’t built an advertising campaign around a flock of sheep as malevolent, vengeful beings, perhaps expectations going into "Lamb" wouldn’t be so high. Alas.

RELATED: ‘The Many Saints of Newark’ review: A new, evocative ‘Sopranos’ story

There are glimmers in "Lamb" of the movie that could have been: one that leaned into folk horror, one that was more explicit in depicting how our fears seem to come to life in the night, or one that presented surrealist elements and asked us not to accept them, but challenge them. Instead, great stretches of "Lamb" pass by in which life is lived, but not much else happens. There’s little narrative tension past brief inconveniences that the characters deal with quickly. And although Noomi Rapace ("The Girl with Dragon Tattoo," "Passion"), Hilmir Snær Guðnason ("Polite People") and Björn Hlynur Haraldsson ground the film emotionally, they seem to exist outside of the film’s attempted dread. Their performances don’t quite match the environment in which the film is enveloping them, and the result is a strangely limp dissonance.

Perhaps that methodology is meant to lull us into complacency, and into accepting the strangeness on screen, until the film decides that what we’ve come to see as normal can no longer be treated as such. But that pivot happens so quickly, and with so little payoff, that "Lamb" ends with frustration rather than fulfillment.

About ‘Lamb’: Silence on a sheep farm

Set in rural Iceland, "Lamb" follows married couple María (Rapace) and Ingvar (Guðnason), who run a sheep farm. Months, and maybe even years, pass with them not seeing anyone else in this land where the sun never sets. They treat each other with affectionate concern but also a polite kind of distance. They have their own routines, spend time in separate areas of their home and barely talk during dinner. A tragedy in their past is implied, and a room full of children’s items remains unused.

RELATED: Terror on Tubi countdown: Dive into the depths of 'The Descent'

Until one day during the lambing season, when María and Ingvar experience something strange. In a scene that captures the subtle facial expressions that Guðnason and Rapace use to build their characters, husband and wife decide to bring a particular lamb home. What happens after that choice drives the remainder of "Lamb": the joy María and Ingvar find in their new roles as parents to a creature they name Ada, the unease that Ingvar’s brother Pétur (Haraldsson) brings into their domestic bliss with his unexpected arrival, and the trespass upon their homestead sensed by the family’s dog, but no one else.

The film is incredibly sparse in dialogue, and so entire scenes are constructed around the trio of actors’ minute reactions to each other and to the mysterious, inexplicable Ada. Some of this is provocative (María’s recurring nightmare of sheep watching her; Pétur initially deadpan reaction to Ada), some of it is legitimately poignant (the tenderness with which Ingvar treats Ada), and most of it is shot with precise beauty by cinematographer Eli Arenson.

But "Lamb" struggles to make clear how much sincerity or acceptance we should apply to what is happening on screen, and the result is both narrative and emotional murkiness. Is this objectively real, or subjectively real to the characters? Should our opinions on those two possibilities differ? "Lamb" can’t decide.

A major difficulty is the film’s failure, until its final moments, to visualize Ada with the same depth and nuance as its human characters. By that point, it’s too little, too late. And while Rapace, in particular, provides some unsettling moments throughout "Lamb," the film’s monotony hampers whatever haunting impact Jóhannsson might have intended. For a horror film befitting Halloween, keep grazing past "Lamb."

Roxana Hadadi is a film, television, and pop culture critic. She is a member of the Washington DC Area Film Critics Association, the Alliance of Women Film Journalists, and the Online Film Critics Society, and is a Tomatometer-approved Top Critic on Rotten Tomatoes.

Before feasting on ‘Lamb,’ watch these free films on Tubi as an appetizer

Candyman (1992): August saw the arrival of Nia DaCosta’s "Candyman," a "spiritual sequel" to the 1992 original from director Bernard Rose. Seeing this film isn’t a prerequisite for enjoying its descendant, but the ties between DaCosta’s film and Rose’s are robust. The new "Candyman" racked up big numbers at the box office, but it will cost exactly zero dollars to see its predecessor, and your experience with both films will be greatly enriched. Rated R. 99 minutes. Dir: Bernard Rose. Featuring: Virginia Madsen, Xander Berkeley, Tony Todd, Kasi Lemmons, Vanessa Williams, Ted Raimi.

Paranormal Demons (2018): David Bruckner wrote, directed and appears in this "Blair Witch"-esque screamer, in which "a group of film students visit a sanatorium where a poltergeist supposedly resides and discover true horror while on the ghost hunt." 96 minutes.

The Guest (2014): A creepy Dan Stevens stars in this bloody 2014 thriller, in which a family welcomes "an army vet claiming to have served with their dead son" into their home, only to find they’ve opened the door for an absolute bloodbath. 100 minutes. Sheila Kelley, Maika Monroe, Leland Orser, Lance Reddick, Ethan Embry.