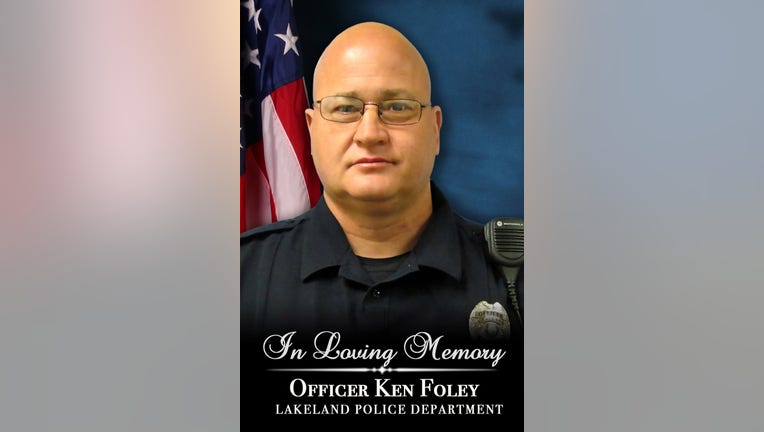 LAKELAND, Fla. - Memorial services will be held for a Lakeland police officer, who passed away while on-duty last week.

Officer Ken Foley, 57, suffered a medical emergency while he was on his lunch break. Officials said he was found in his patrol car after dispatch was unable to get in contact with him.

On Tuesday, the community is invited to the First Baptist Church at The Mall to pay their respects. The church is located at 1010 East Memorial Boulevard in Lakeland.

Visitation begins at 10 a.m. The funeral service begins at 1 p.m. Immediately following the church services, the burial services will begin at Oak Hill Cemetery. The procession is expected to leave the church between 2:15 p.m. and 2:30 p.m., heading south on North Lake Parker Avenue, and then south on Bartow Highway.

Lakeland officials are encouraging the public to show their support for Officer Foley’s loved ones along the route as they head to the cemetery.

His obituary can be read below:

Kenneth was born July 20, 1962, in Tuscaloosa, Alabama to Charlie and Mary Ellen Rowland. Kenneth was a Veteran of the United States Marine Corps and a 29-year Officer with the Lakeland Police Department.

Ken was a devoted husband and companion to Shelly for 24 years and a loving father to his two daughters.

Ken was a member of Central Baptist Church in Winter Haven, Florida. He enjoyed fishing, and loved his numerous pets.