The family of the killed man says that deputies should have never fired that many shots.

LEESBURG, Fla. - A Lake County deputy shot and killed a man after being called to his home for a domestic disturbance Sunday afternoon.

Deputies said when they got to the home on Myer Avenue, the situation escalated quickly and that’s what led to the shots.

"Five times?” the suspect’s uncle said. “Come on. My god. Wound him or something."

Family members of the man shot at the home are outraged. 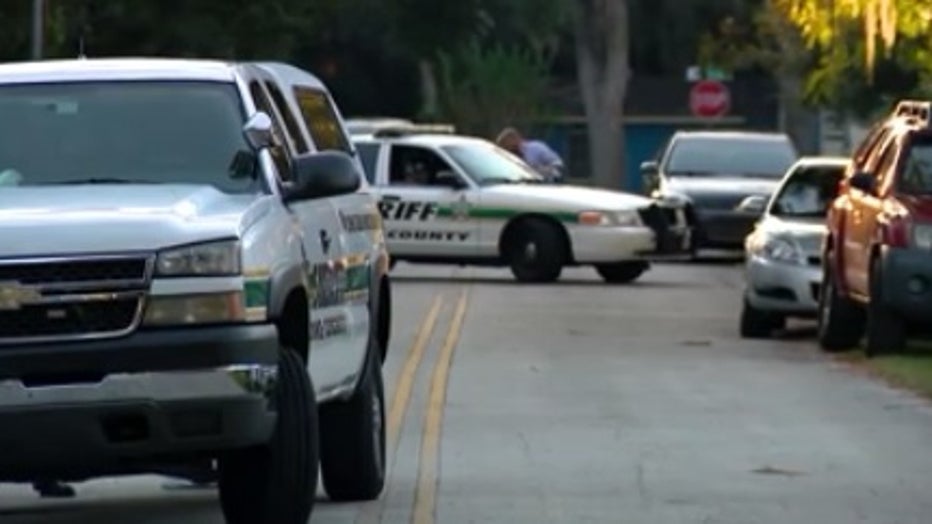 When they got there, deputies said they found a man at the front door with a baseball bat in one hand. They said he was hiding the other.

"At one point, he came out behind the door, through the threshold of the front door,” said Sgt. Fred Jones, with the Lake County Sheriff’s Office. “That's when he realized there was a knife in his hand, and in order to protect himself, that's when the deputy opened fire on him.”

The Lake County Sheriff’s Office said the deputy feared for his life and that’s why the shots were fired.

A Lake County deputy shot and killed a man after being called to his home for a domestic disturbance Sunday afternoon.

"This [is the] kind of call where people in crisis, you know, they're not thinking straight for some of them,” Jones said. “They think this is the end of the world for them and so we meet people at their worst on this type of calls."

The sheriff’s office said FDLE will investigate the shooting.

The deputy has been placed on administrative leave, per standard protocol.