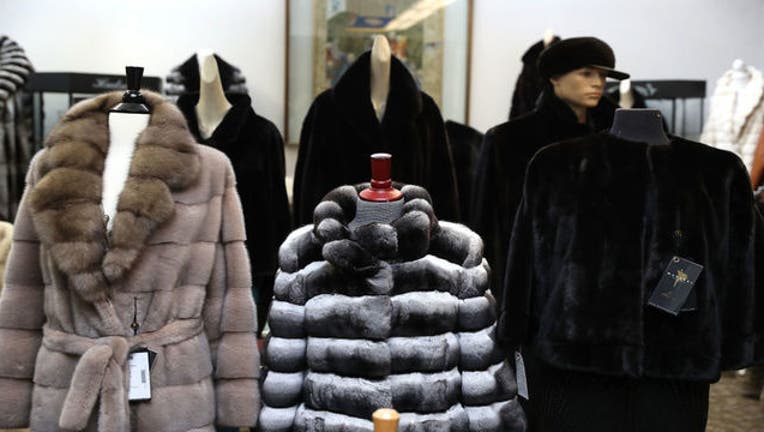 San Francisco supervisors voted unanimously to ban the sale of fur to become the largest city in the U.S. to prohibit sales of new fur coats. (Photo by Justin Sullivan/Getty Images)

LOS ANGELES, Calif. - A proposed ordinance that would make Los Angeles the largest city in America to ban the sale and manufacture of nearly all fur products was approved by a City Council committee Wednesday.

The ordinance was proposed by Councilmen Paul Koretz and Bob Blumenfield.

"We're not blazing a new trail here -- San Francisco's done it, West Hollywood's done it, but never a city of our size, so we hope that New York City and Chicago and Miami are all watching," Koretz said.

The ordinance would include some exemptions, including furs of animals trapped by California Fish and Game license holders; the pelt of a deceased animal that is preserved through taxidermy or for the purpose of taxidermy; the gift or transfer of a used fur product between private parties; a used fur

product bought, sold, donated or owned by a person not in the primary business of selling fur or a fur product, including a nonprofit organization, second hand store, or pawn shop; the manufacture of a fur product using fur sourced exclusively from a used fur product; and a fur or fur product that is only

being transported through the city.

It was not clear what economic impact such a ban could have on the city. A report from the Office of the Chief Legislative Analyst said the city does not keep track of fur sales specifically.

In March of last year, the San Francisco Board of Supervisors voted to make the city the largest in the nation to ban the sale and manufacturing of fur. The ban took effect on Jan. 1, but allows furriers and other retailers to sell current inventory until Jan. 1, 2020. The L.A. ban would start Jan. 1, 2021.

The Personnel and Animal Welfare Committee approved the proposed ordinance on a 2-1 vote, with Councilman Greig Smith opposing.

Smith was appointed in January by the City Council to temporarily fill his former District 12 seat, which was vacated at the beginning of the year by Mitchell Englander, who stepped down to take a job in the private sector.

"I'm really concerned about asking people who have run legitimate businesses for a long time, paid their taxes and done what is asked of them, to just suddenly stop doing business. That's not American," Smith said. "And it's not the way I think we should act as a government."