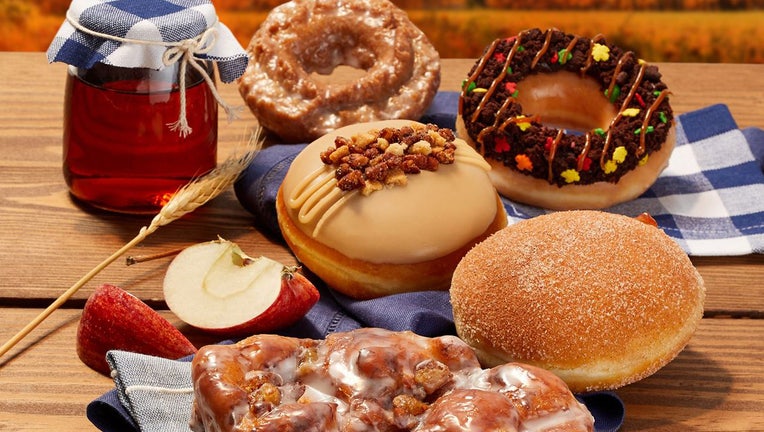 Fall is quickly approaching, and Krispy Kreme is getting you ready for the season with its latest collection of goodies.

The popular doughnut franchise released its new autumn orchard doughnut collection, which is available now for a limited time at Krispy Kreme stores nationwide, according to their website.

Three of the new tasty fall-flavored doughnuts include: 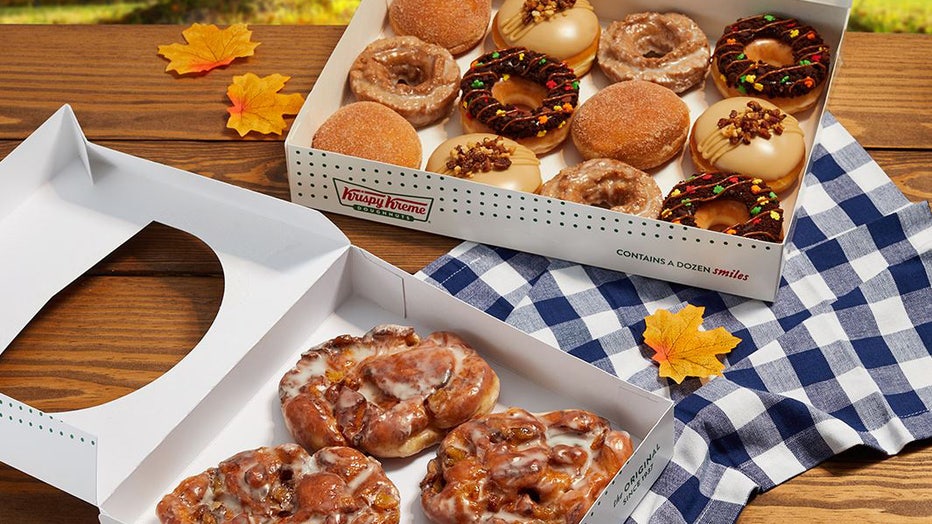 And the collection rounds out with these two delicious items:

"Fall brings a bounty of apples and pecans and flavors of maple and pumpkin spice for us to enjoy," Dave Skena, global chief brand officer for Krispy Kreme, said in a statement. "Our new Autumn’s Orchard Collection has all of that and more. Just one bite of our new handmade fritter with real diced apples and generous amounts of cinnamon will make you a fan of fall if you’re not already."

These savory treats are available in a few options if you want to indulge in one or a dozen. You can get one Apple Fritter doughnut or a box of four. There’s also an "Autumn’s Lover’s Dozen," highlighted by three each of the Maple Pecan Cheesecake, Spiced Apple Filled, Pumpkin Spice Cake, and Salted Caramel Brownie doughnuts.

The new autumn collection is Krispy Kreme’s latest release of doughnuts inspired by the fall season.

FOX 6 Milwaukee contributed to this story. This story was reported from Washington, D.C.