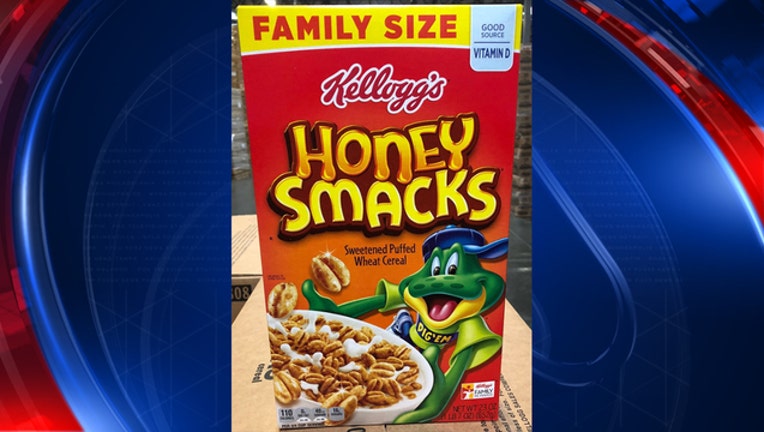 PHOENIX (KSAZ) - FDA officials announced Thursday that Kellogg's is recalling some of its "Honey Smacks" cereal due to a potential presence of Salmonella.

According to a statement, the products affected include the 15.3 oz and 23 oz packages of the cereal, with "best of used by date" of June 14 2018 through June 14, 2019. Kellogg's launched an investigation with a third-party manufacturer that produced the cereals, immediately after they were contacted by the FDA and the Centers for Disease Control regarding reported illnesses.

People who have bought the cereal should throw it away, and contact the company for a full refund.