Keller ISD orders controversial books to be pulled for review

The district says that campus staff and librarians must review the books that were challenged last year to determine if they meet requirements under new district policy.

The books, which include titles like All Boys Aren't Blue, Anne Frank's Diary (The Graphic Adaptation), Gender Queer, and the Bible, were among those recently challenged by parents and members of the community.

The district said those books need to be reviewed to see if they meet the guidelines of a new board policy passed last week.

The decision to remove them comes as a surprise, since last year, a school district committee recommended that many of them remain in schools.

Since then, three new conservative trustees were elected to the school board.

As students returned to class at Keller ISD Wednesday, there's growing controversy over which library books they should and shouldn't be allowed to access.

On Twitter, a parent who served on the book review committee called the decision "a violation of our children’s constitutional rights."

"I was first devastated and then really angry," said Laney Hawes, who has four kids in the district.

She was also part of the original school district committee, made up of members of the public, that met last year and reviewed a list of library books with questionable content.

"These books went through the official district-established challenge committee process. But because they all passed the committee process, our extremist Christian nationalist school board decided the process was ‘rigged,’" Hawes said.

Her challenge committee specifically reviewed a graphical adaptation of The Diary of Anne Frank.

"We did all the work, we discussed the book, read the book, and decided unanimously that the book should stay on school shelves," she said. "The person who challenged the book didn’t even show up to defend their position but now the book is pulled."

On Tuesday, that book was ordered to be removed, along with 40 others, including all versions of the Bible.

The district sent an email to school principals and librarians ordering the removal by the end of the day.

The district said that campus staff and librarians will review all 41 books that were challenged last year to determine if they meet requirements under a new district policy passed last week.

"It was a unanimous vote to change the policy last week, August 8th in color, and they adopted the Texas Education Agency's model policy," explained Brian Lopez, a public education reporter for the Texas Tribune.

That model was developed after calls from Gov. Greg Abbott to come up with a state standard for book review procedures.

Lopez points to a change in the school board makeup since the book committee reviews.

"So you fast forward now to August, three new school board members are on the Keller ISD board," Lopez said. 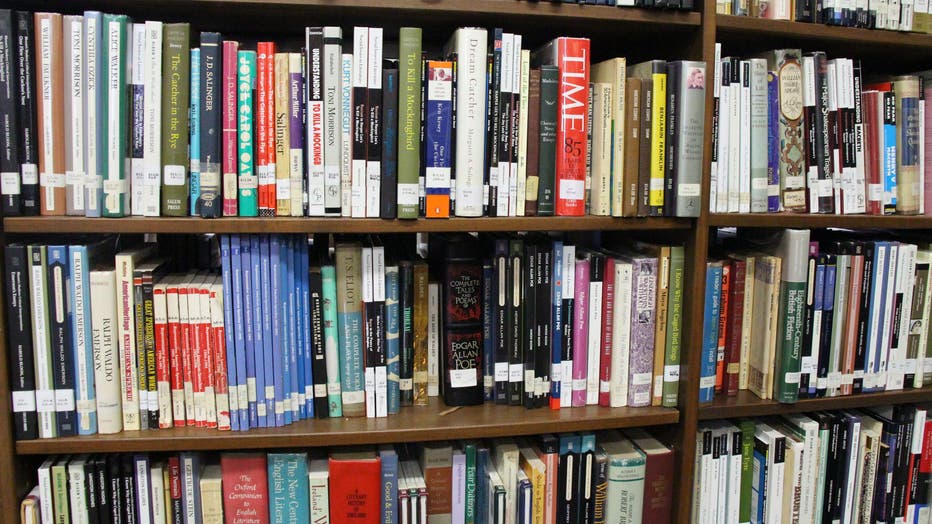 "I think the message this is sending is there are people in this district, now on the board, who don't seem to want to stop at anything to remove these books," said Jonathan Friedman, director of Free Expression and Education Programs.

But the school board president pushed back hard on Wednesday, defending the decision.

"The approved policy (7-0 vote) was discussed during several board meetings. These meetings are recorded and available to the public," Keller ISD School Board President Charles Randkley wrote in part on Facebook. "Per the new policy, instructional materials previously challenged following the old policy, which was flawed and exposed children to pornographic material, will be re-evaluated."

He said the challenge process will go through a committee of community and staff members and it will be open to the public.

"They took away all of our decision making and they invalidated all of the hard work we did," she said.

Randkley also said several school employees were harassed and threatened by community members because of the decision.

"This behavior is wrong, shameful, and unacceptable. We can agree to disagree on issues and still be amicable," he said.

The Texas Education Agency investigated Keller ISD late last year over concerns that some books with sexually explicit content were available to students.

The district said that books that meet the new guidelines will be returned to school libraries as soon as it is confirmed they comply with the new policy.

Keller ISD is not the only North Texas school facing controversy over what is on library shelves this school year.

Patterson said the books were pulled from neighboring districts or book vendors due to explicit content.

Granbury ISD responded to leaked audio from January, in which the district's superintendent tells school librarians to pull books that focus on sexuality and gender. Shortly after that. more than 100 titles were removed for review.