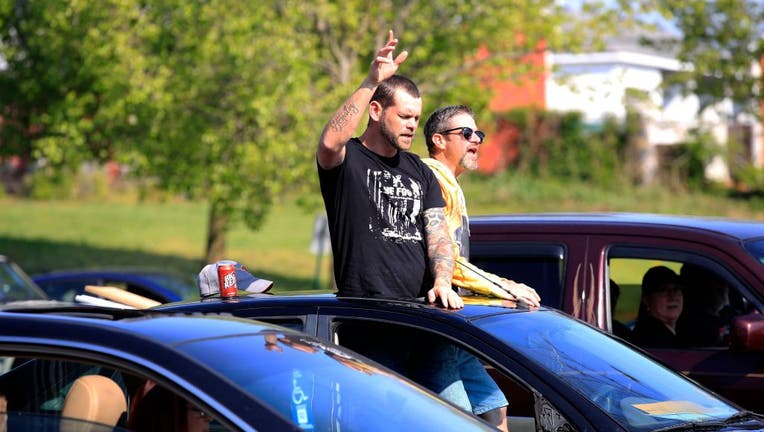 LOUISVILLE, KENTUCKY - APRIL 05: Worshipers pray during the drive-in service at On Fire Christian Church on April 05, 2020 in Louisville, Kentucky. Due to the COVID-19 pandemic limiting gatherings of people, churches have responded with alternate way

On Fire Christian Church had sued Louisville Mayor Greg Fischer and the city after Fischer announced drive-in style religious gatherings were not allowed on Easter.

On Saturday, U.S. District Judge Justin Walker sided with the church, saying that the city is prohibited from "enforcing; attempting to enforce; threatening to enforce; or otherwise requiring compliance with any prohibition on drive-in church services at On Fire."

The ruling came as Republicans blasted Democratic Gov. Andy Beshear's statewide plan to order people into quarantine if they attend mass gatherings, including religious ones.