LOS ANGELES - Michael Jordan and the Jordan Brand announced on Friday that they would be donating $100 million over the next 10 years to “organizations dedicated to ensuring racial equality, social justice and greater access to education.”

RELATED: On what would have been Breonna Taylor’s 27th birthday, here is where her case stands

In a statement released by Jordan’s manager to Twitter regarding the donation, the Jordan Brand referred to itself as “the Black Community.” 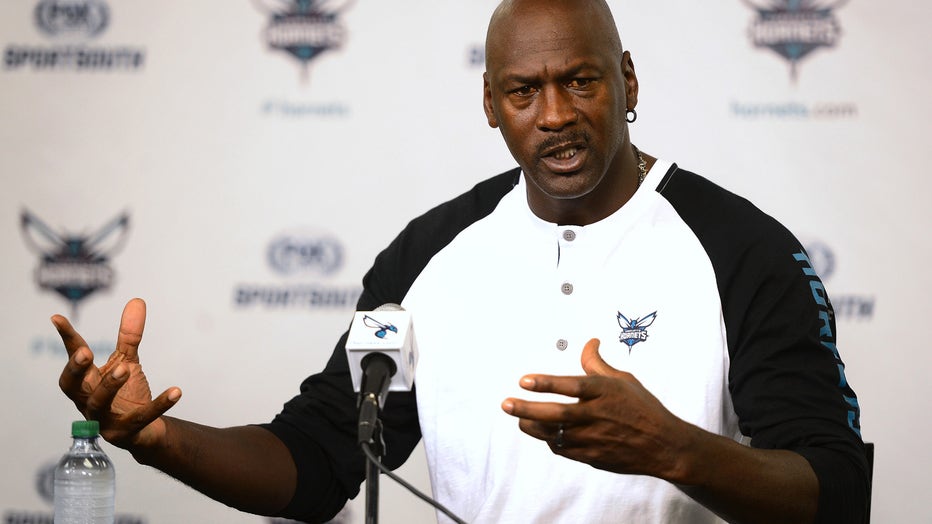 FILE - Michael Jordan speaks at a press conference for the Charlotte Hornets on Tuesday, Oct. 28, 2014.

“The Jordan Brand is more than one man. It has always been a family,” read the statement. “It’s 2020, and our family now includes anyone who aspires to our way of life. Yet as much as things have changed, the worst remains the same.”

A separate statement released on Nike’s website called for the end of systemic racism emphasizing that “black lives matter” is not a controversial statement.

“Until the ingrained racism that allows our country’s institutions to fail is completely eradicated, we will remain committed to protecting and improving the lives of Black people,” the statement read.

The funds will be distributed by the Jordan Wings Program which was launched in 2015 in Chicago with the aim of providing equal opportunities for underprivileged black youth.

“We must join forces with the community, government and civic leaders to create a lasting impact together," said Craig Williams, President of Jordan Brand. “There is still more work for us to do to drive real impact for the Black Community. We embrace the responsibility."