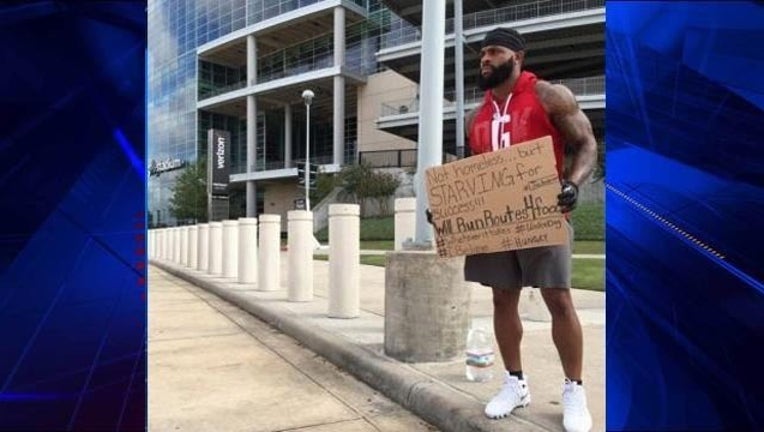 NEW YORK (FOX 26) - You may remember Joe Anderson from a viral Instagram post. He stood outside NRG Stadium every day with a sign, asking the Houston Texans for a job.

Today, Anderson was granted what he'd worked so hard, and so long for--a job in the NFL.

The New York Jets announced Tuesday that they have signed Anderson to the team's practice squad.

It took only six weeks from the time the post took off on social media to get to his new found glory.

Anderson said he appreciates all the low times he went through as he tried to get back in the league, that he hopes his story can help inspire others.