PLAINS, Ga - Just over three weeks since his release from the hospital, Former President Jimmy Carter made a welcomed return to his hometown church. 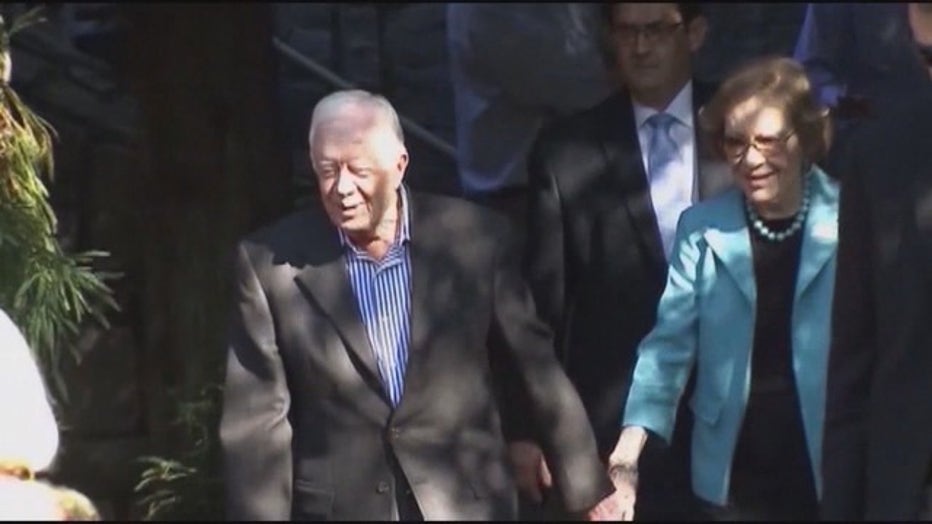 On this first Sunday after Christmas, Carter and his long-time bride, Rosalynn, were welcomed back to Marantha Baptist Church in Plains, Georgia. During the service, ushers put two chairs before the congregation for the former president and first lady. The 95-year-old Carter needed a bit of help getting to his seat, but appears to be doing well. Church members also prayed over the Carters.

The 39th President has dealt with a number of health issues and stints in the hospital in recent years. His most recent treatment was for a urinary tract infection. He was released from Phoebe Sumter Medical Center on December 4th, and has spent his time resting and recovering at home in Plains.

Despite medical obstacles in 2019, the former president did not let it stop him this year. Shortly after suffering from a fall and receiving stitches above his brow, Carter could be seen in October swinging a hammer at a Habitat for Humanity site in Tennessee.

The Carters also had a lot to celebrate in 2019. After more than 73 years of marriage, Jimmy and Rosalynn Carter set the record for the longest married presidential couple -- a record previously held by George H.W. Bush and Barbara Bush.