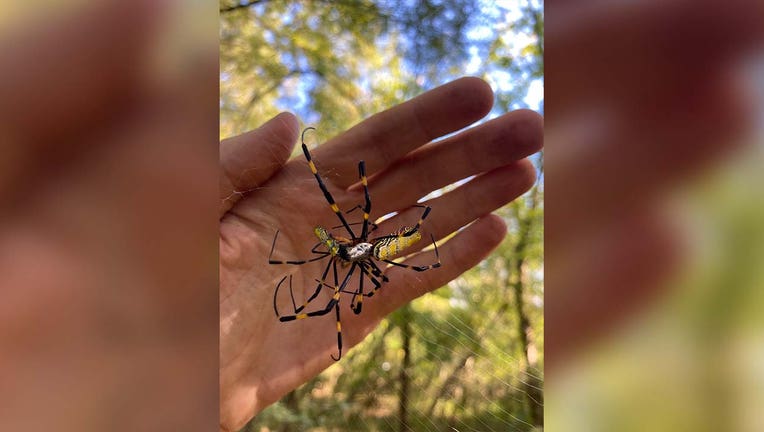 A Joro spider in its web. (Ben Frick, co-author of study)

The Joro spider, known for its distinctive yellow and blue coloring and uncomfortably large size, could soon invade the entire East Coast, a new study says.

In September 2021, researchers found the invasive species, which first made its way to the United States in 2013, spinning its webs all over northeast Georgia, covering power lines, bushes and mailboxes, but after scientists observed the spiders and tested its physiology, they concluded the species could potentially survive outside of the southeastern quadrant of the U.S., according to a study published in the journal Physiological Entomology.

Scientists compared the Joro spider to its close cousin, the golden silk spider, which has made its home in the southeast for over 160 years, according to the study but has yet to successfully invade other parts of the U.S. Eastern Seaboard.

Upon researching the physiology of the Joro spider in comparison with the golden silk spider, scientists found that the Joro spider was able to withstand colder climates than its cousin. Scientists believe this opens up the opportunity for Joro spiders to move beyond the southeast. 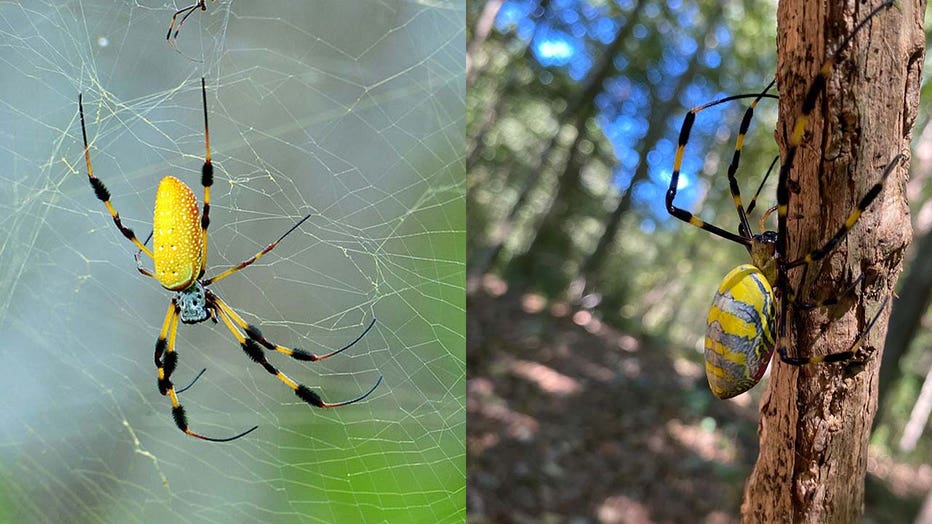 A photo of a gold silk spider (left) next to a photo of a Joro spider (right). (Ben Frick, co-author of study and Getty Images)

Additionally, the Joro spider has a far higher heart rate and higher metabolism than the golden silk spider, which contributes to the species’ ability to survive in colder climates, according to the study.

The Joro — Trichonephila clavata — is part of a group of spiders known as orb weavers for their highly organized, wheel-shaped webs. Common in Japan, China, Korea and Taiwan, Joro females have colorful yellow, blue and red markings on their bodies. They can measure three inches (8 cm) across when their legs are fully extended.

It’s not clear exactly how and when the first Joro spider arrived in the U.S. In Georgia, a researcher identified one about 80 miles (128 km) northeast of Atlanta in 2014. They have also been found in South Carolina, North Carolina and Tennessee and even Oklahoma, according to the study.

It was also hypothesized that their ability to potentially take over the East Coast will likely be due to human transportation. 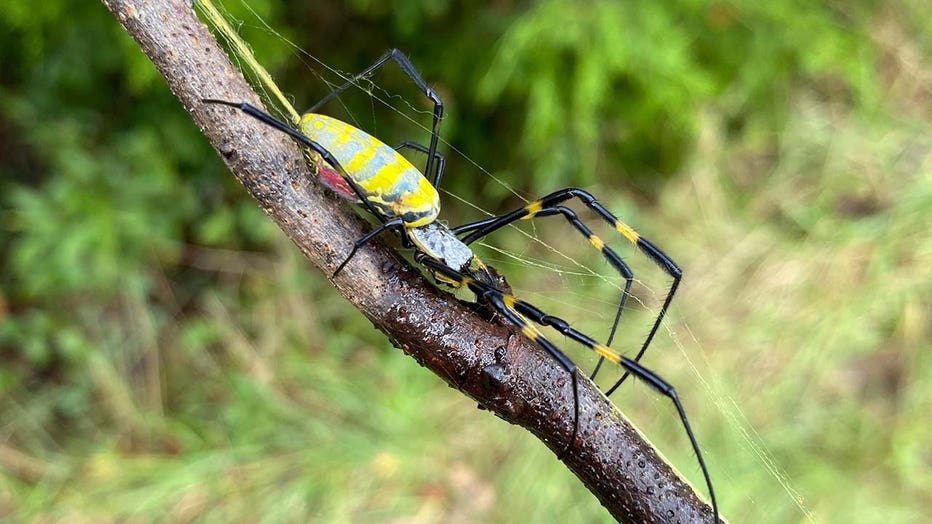 Image of the Joro spider. (Ben Frick, co-author of study)

In addition to being able to use silk sacks as methods of wind transportation, Joro spiders will likely hitch rides on cars, packages and even in your luggage (cue collective scream).

But don’t panic, these spiders like to keep to themselves and are largely harmless to people and pets.

The species has yet to show any harmful impacts to the environment as well, according to researchers. 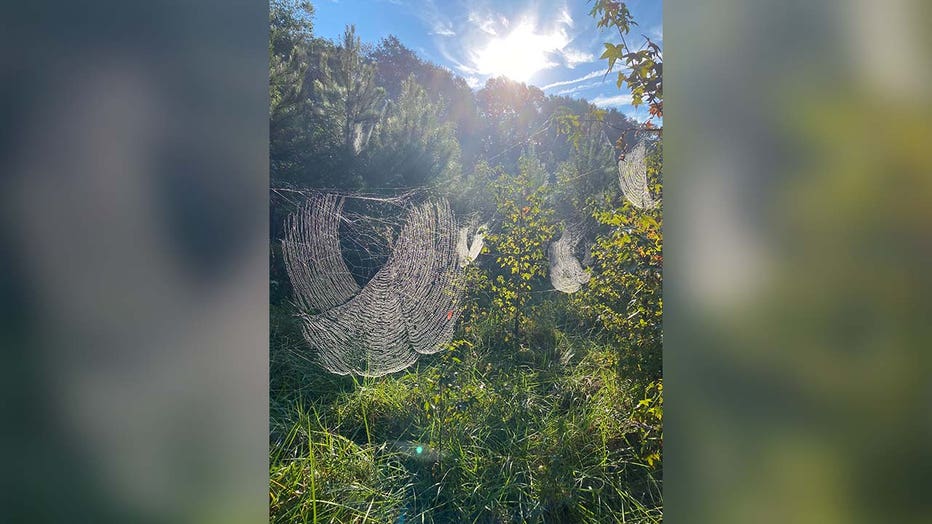 "We do not know if they are harming the local ecosystem yet, as we do not have hard data on this one way or the other. We do not think that it is causing great harm yet, anyway. In fact, we have even seen these spiders eating another invasive species, the brown marmorated stink bug," according to Dr. Andy Davis, assistant research scientist at the Odum School of Ecology at the University of Georgia and lead author of the study.

"This news is not as bad as you might expect, for an invasive anyway. Some invasive species, like the spotted lanternfly, are a true menace to the ecosystem. So far, we don’t think this is the case with joros. There is some ongoing research being done on this issue here at UGA. We will probably know more in a year or two," Davis added.