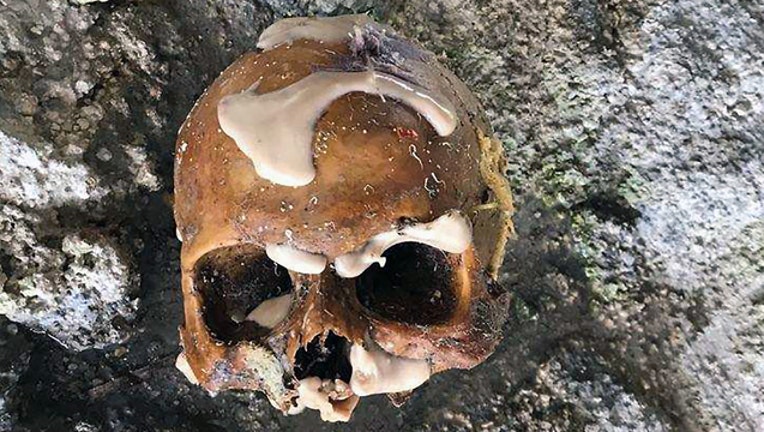 The Monroe County Sheriff's Office said Monday that a man and woman were diving for lobster under the Card Sound Bridge that connects mainland Florida with the Florida Keys when they spotted a skull and several other bones.

They flagged down a Fish and Wildlife officer who was patrolling the area, and the officer called homicide detectives at the sheriff's office.

The sheriff's office says detectives so far don't know who the bones belonged to, how long they were there or what may have caused the person's death.

The bones have been turned over to the medical examiner.