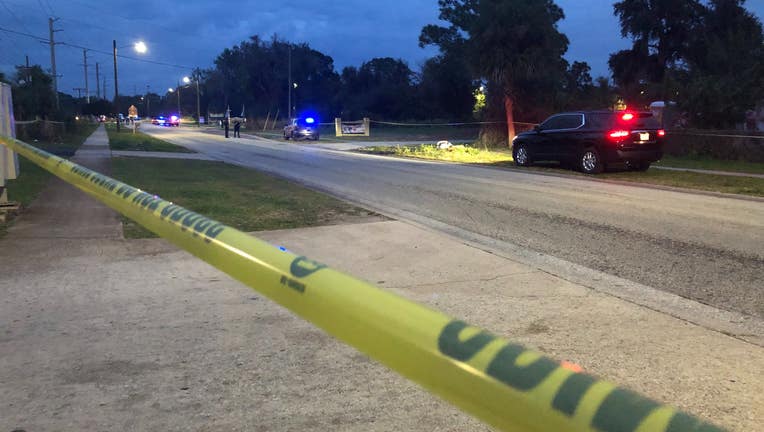 TITUSVILLE, Fla. - An innocent victim shot in a Titusville shootout has succumbed to their injuries, passing away on Wednesday morning, police say.

The Titusville Police Department said that on Tuesday afternoon, officers responded to reports of shots fired in the areas of Queen Street, Elizabeth Avenue, South DeLeon Avenue, Sprout Lane and Rock Pit Road all within seconds of each other. Two vehicles involved in an altercation reportedly were involved and headed southbound on DeLeon Avenue. A third car, not involved in the incident, was heading northbound on DeLeon Avenue and was hit by gunfire, causing the driver to crash, investigators added.

Titusville police are investigating after at least two people, including an innocent victim, were injured in a shootout.

On Wednesday, police confirmed from their investigation the gunshots were fired from an unidentified vehicle into a 2018 white Nissan Altima. Both vehicles were said to be traveling southbound on DeLeon Avenue. The occupants of the cars are reportedly known to each other and have a history of violent interactions.

An occupant in the third car was hit, despite not being involved, and transported to a hospital. The victim died on Wednesday morning, police said.

Detectives are still investigating the incident and are working to find the unidentified vehicle and its occupants who they say is responsible for the victim's death. They urge anyone with any information on the incident call police at 321-264-7800. Tips can also be submitted anonymously by calling Crimeline at 1-800-423-TIPS. Crimeline is offering $5,000 to eligible tips.