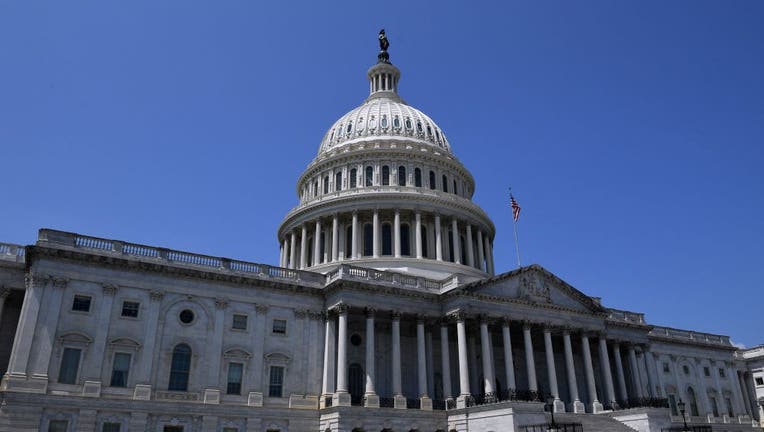 The US Capitol is seen in Washington, DC, on August 11, 2021. (Photo by OLIVIER DOULIERY/AFP via Getty Images)

Sen. Linda Stewart, D-Orlando, said after a staff presentation on differences in four nearly identical staff proposals that "from where I stand right now, it's really a good plan on almost all of them."

"It's been out in the public for seven or eight days now, I have heard no negative feedback on any of these," Stewart said, before adding, "to date. We may hear some as more people have an opportunity to look at it."

Sen. Gayle Harrell, R-Stuart, said she is setting up a Zoom meeting with constituents from the Treasure Coast and Palm Beach County to gather input and encourage other lawmakers to do the same, as the Senate and House have not announced plans to hold hearings across the state.

"I hope that they (Harrell’s constituents) will take the time to look at them (the maps) in detail," she said.

The once-a-decade redistricting process will be a major issue during the 2022 legislative session, which will start on Jan. 11. New congressional, state Senate and state House maps must be completed before qualifying for next year’s elections begins June 13.

Meanwhile, League of Women Voters of Florida President Cecile Scoon said more data analysis is needed on precinct-level impacts "so that we can look at all the minority access districts and the majority-minority districts."

Scoon added that Senate staff members need to conduct a "functional analysis" of every district due to the state’s growing population to determine if there have been decreases in the ability of minority voters to elect candidates of their choosing.

Jay Ferrin, staff director of the Senate Reapportionment Committee, said staff followed U.S. Census blocks, not precincts to set up the new lines. And while saying staff will consider district-by-district functional analyses, Ferrin said he isn’t sure "the population growth across the state compels us to do that."

The initial Senate proposals would accommodate the new Polk County congressional district by condensing districts to the east around Orlando and to the west in the Tampa region. The changes, however, wouldn’t vastly alter two districts --- District 7 held by Democratic Congresswoman Stephanie Murphy and District 13 held by Democratic Congressman Charlie Crist --- that have received the most attention from pundits as potential targets for the Republican-dominated Legislature to help flip U.S. House seats.

In South Florida, the maps would move lines throughout Miami-Dade County, as District 24 covering Miami, Miami Gardens, Miramar and Hollywood would be pushed east away from Miramar to the shoreline, including Miami Beach, North Bay Village, and Sunny Isles Beach. The seat is held by Democrat Frederica Wilson.

In the 2020 presidential election, former President Donald Trump won 15 of the state’s 27 congressional districts. Under the draft proposals, which include the added seat, it appears the Trump win total would have been 16 districts.

Florida is gaining a 28th U.S. House seat because of population growth over the past decade.

The state’s congressional delegation is currently made up of 16 Republicans and 10 Democrats, with one open seat in a heavily Democratic South Florida district.

Ferrin said District 9, due to an increase in the Hispanic population, is now a majority-minority district, while changes to District 10 wouldn’t diminish the ability of African-Americans to participate in the political process or elect candidates of their choice.