VOLUSIA COUNTY, Fla. - A wrong-way driver clipped a driver's mirror before crashing head-on into another vehicle early Sunday in Daytona Beach, sending at least two people to the hospital, police said. A 27-year-old man was arrested under suspicion of several alleged crimes, including DUI.

Police said Nathan Zacharias, of Deltona, Florida, was traveling eastbound in the westbound lanes of International Speedway Boulevard in a pickup truck around 12:30 a.m. on Sunday, forcing other drivers to swerve out of his way. 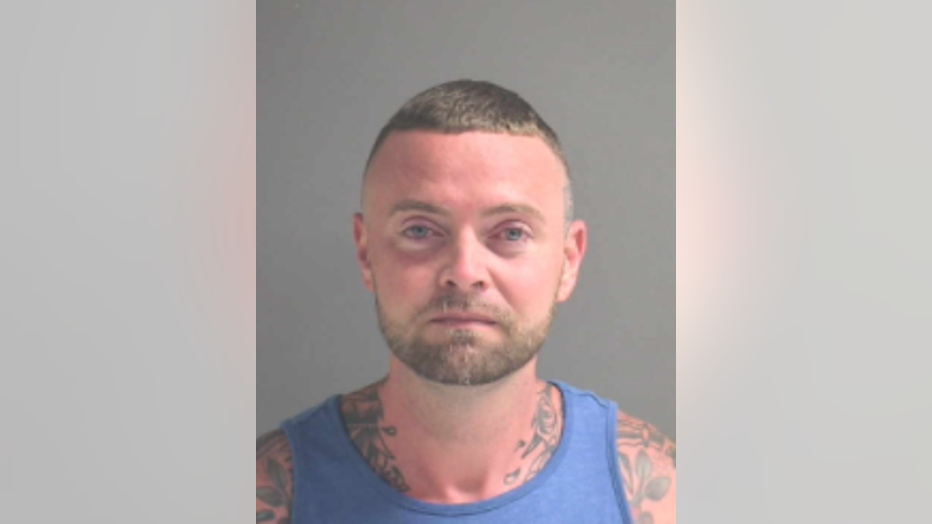 Nathan Zacharias was arrested Sunday under suspicion of DUI, among other alleged crimes, after apparently driving the wrong way on International Speedway Boulevard and crashing into another vehicle. (Volusia County Sheriff's Office)

Zacharias' truck clipped the mirror of another vehicle, police said. A second vehicle was not able to swerve and struck his truck head-on. Two people were transported to the hospital, police said.

Police said his license was currently restricted due to a previous DUI.

It was "evident" that Zacharias was impaired, police said.

"His fine motor skills were diminished, his speech was slurred, his eyes were glassy and bloodshot," police said in a release. "He was unsteady on his feet and he smelled heavily of an alcoholic beverage."

Open and unopened beer cans were also reportedly found in his truck, according to police.

The suspect reportedly told police that he was on his way home to Deltona when a deer caused him to crash into the other vehicle. However, police said he was actually driving toward Daytona Beach at the time of the crash.

Police said Zacharias' driver's license was restricted, allowing him to travel for business purposes stemming from a previous DUI in August 2021.

Upon arrest, police added that Zacharias was verbally abusive, used racial slurs, and threatened the arresting officers, according to the release.

He was booked into the Volusia County Branch jail on three counts of DUI, failure to obey driver's license restrictions, refusal to submit to DUI testing, and making a threat against a law enforcement officer. Bond was set at $9,000.