Presidents who lost the popular vote

The Electoral College and popular vote have only misaligned five times throughout 200 years of presidential elections.

LOS ANGELES - If Donald Trump loses his reelection bid against Democratic rival Joe Biden in the 2020 election, it does not necessarily mean the end of the 45th president’s political aspirations.

If Trump loses, according to the U.S. Constitution, he would be able to seek election again in 2024.

The 22nd Amendment states, “No person shall be elected to the office of the President more than twice.” But there is no limit to how many times a candidate can run, and there wouldn’t be anything legally stopping Trump from attempting a come back if he should lose this year.

Trump most certainly would not be the first president to pursue such aspirations.

Grover Cleveland became president in 1884, lost his reelection bid against Benjamin Harrison in 1888, then won again in 1892 — defeating Harrison, the incumbent president.

Bryan Lanza, a former Trump adviser, spoke on BBC Radio 4 program, saying he thinks Trump would be in a good position four years from now, the Independent reported.

“Biden will have the opportunity to guide this country out of COVID, and we’ll see what his successes and failures are. And there’s nobody in the Republican Party that can challenge President Trump in the primaries,” Lanza said. 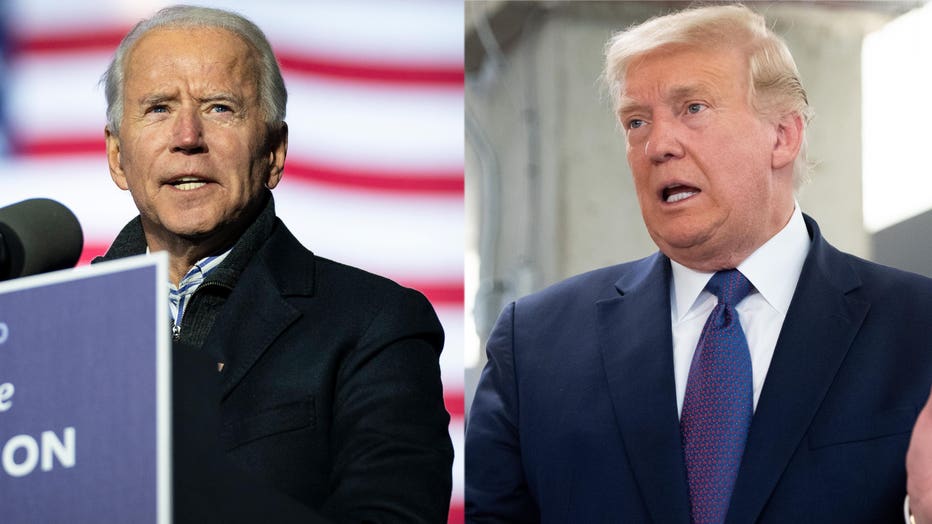 Side by side images show Democratic presidential nominee Joe Biden speaking during a drive-in campaign rally at Heinz Field on Nov. 2, 2020 in Pittsburgh, Pennsylvania, alongside President Donald Trump speaking as he visits his campaign headquarters

Even Trump’s former chief of staff, Mick Mulvaney, thinks Trump could have another shot at the White House in the wake of a potential 2020 loss.

“I would absolutely expect the president to stay involved in politics and would absolutely put him on the shortlist of people who are likely to run in 2024,” Mulvaney said in a webinar for Institute for International and European Affairs, the Irish Times reported.

Mulvaney, who also served as Trump's director of the Office of Management and Budget before taking on his current role as the U.S. Special Envoy for Northern Ireland, noted that the president did not like losing and would be as old as Democratic nominee Joe Biden (https://thehill.com/people/joe-biden) is now should he run again in four years.

The Associated Press and Catherine Park contributed to this story.