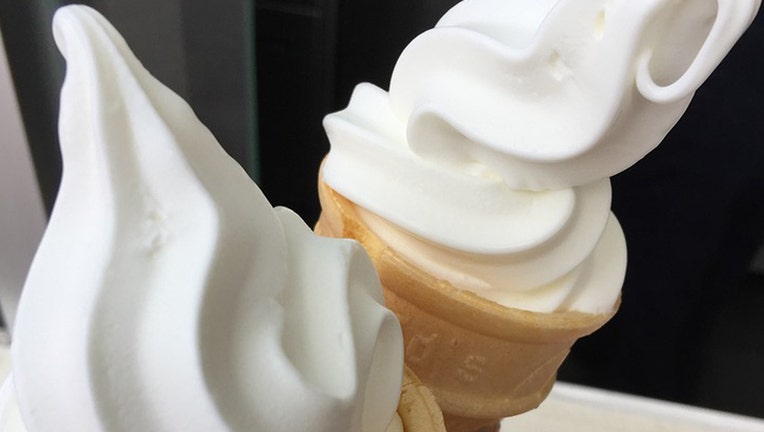 It pays to be kind.

A former employee of a Massachusetts ice cream parlor has earned over $30,000 in donations for her college fund after becoming the target of “unyielding verbal assault” from patrons on reopening day.

Mike Lawrence, the owner of the Polar Cave Ice Cream Parlour in Mashpee, on Cape Cod, had originally shared the shocking story on Saturday, just one day after the shop reopened to the public under the state’s coronavirus guidelines. That day, the shop was overwhelmed with customers, some of whom became agitated that their orders were taking too long. But instead of waiting patiently, Lawrence said customers began spewing vulgar and hateful words toward one of his employees.

“[S}he was met with an unyielding verbal assault with some of the most vulgar and disgusting words hurled at her,” he wrote in GoFundMe page he organized for the employee’s college fund. “These shouldn't be heard in a men's locker room, never mind directed to a teenager!”

The girl, just 17, then quit at the end of her shift. She had worked at the shop for three years.

“In 19 years of operation this is the lowest feeling I have ever felt,” Lawrence wrote in a Facebook post on Friday, after the shop had closed. “Regardless of [peoples’ frustrations,] to take it out on a teenage girl is simply WRONG — it cost one of my best employees due to the rudeness directed at her tonight. So wrong in so many ways to treat a teenager with such disrespect no matter the circumstances.”

Lawrence decided not to reopen his shop on Saturday. Instead, he started working on a new plan to try to prevent angry crowds from rushing his shop and harassing his workers, devising a system requiring customers to place their orders at least one hour in advance.

But that’s not all Lawrence was doing. After becoming “inundated” with calls and kind messages from the community, he decided to set up a GoFundMe fundraiser with the goal of raising money the 17-year-old’s college fund, because he knew she was “planning to work as much as possible to save money for college” before she quit.

As of Tuesday morning, the fundraiser had earned over $30,000.

In a recent Facebook post, Lawrence said he was grateful for the outpouring of support — not only for the former employee, but for businesses such as his own.

“Thank you for the outpouring of love and support from all around the world. It's impossible for me to thank you all personally. But please know I read each and every post,” he wrote on Monday.

“The underlying message here that gets lost, is how will other businesses reopen. There is no road map to follow,” he added in a later paragraph. “Years of being in business, no one has ever had to go through anything like this. It's like receiving a box from IKEA with a bunch of ‘stuff’ with no instructions and making something. What works for one business well might be a complete failure at another. Each business is unique in its own way.”

A representative for the Polar Cave was not immediately available to confirm if the 17-year-old had returned to her position at the shop. The parlor instead responded with a prepared statement thanking the public for its support.

“The overwhelming response to the events of last Friday is incredible and could never have been expected to reach the international level it has become," a message said. "Currently, we are in the process of opening on a VERY limited basis with an online ordering platform and the hope is to grow it daily, just as long as everything is running smoothly."