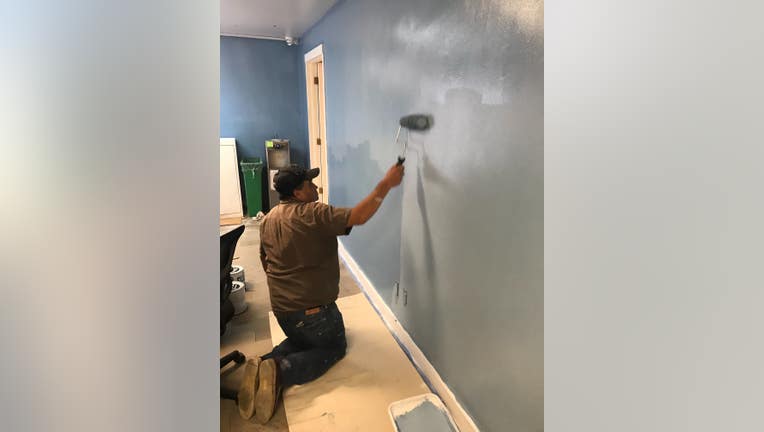 SAN FRANCISCO - For the last three weeks, Jose, a 54-year-old undocumented immigrant living in San Francisco, has not had any income.

He was depressed, worried about how he was going to send money back to Mexico and kicked out of MSC South shelter because nearly 100 people tested positive for coronavirus there. The 8,250 hotel rooms the city promised aren't open for people like him. That left him to sleep on a cardboard box on the sidewalk.

But this week, as the retail sector cracked open a bit, Jose, who asked that his last name not be used, was hired to move a woman's furniture.

"I'm very happy that I found work," he continued, speaking in Spanish through a translator. "I now have money to send to my family. This is very important."

There are roughly 3 million undocumented immigrants in California.

In the Bay Area, there are an estimated 240,000 undocumented residents — about 5.3 percent of the region’s total population — living in San Francisco, Oakland and Hayward, according to a first-of-its-kind report by the Pew Research Center in 2019.

San Francisco and San Jose are among 20 metropolitan regions with the largest populations of undocumented residents in the United States, the report also found.

Immigrants without work find themselves sleeping on San Francisco streets

And while there are 4.1 million Californians who have already filed for unemployment claims and the U.S. unemployment rate is 14.7%, those without the proper paperwork and legal status are in a unique economic predicament.

The $2 trillion CARES Act gives most taxpayers unemployment benefits and up to $1,200 in cash payments. But none of that money is available for undocumented immigrants.

"We have been left out," Jose said.

To ease the pain a bit, Gov. Gavin Newsom established a $125 million fund for 150,000 undocumented immigrants in mid-April. But none of that money has been distributed. 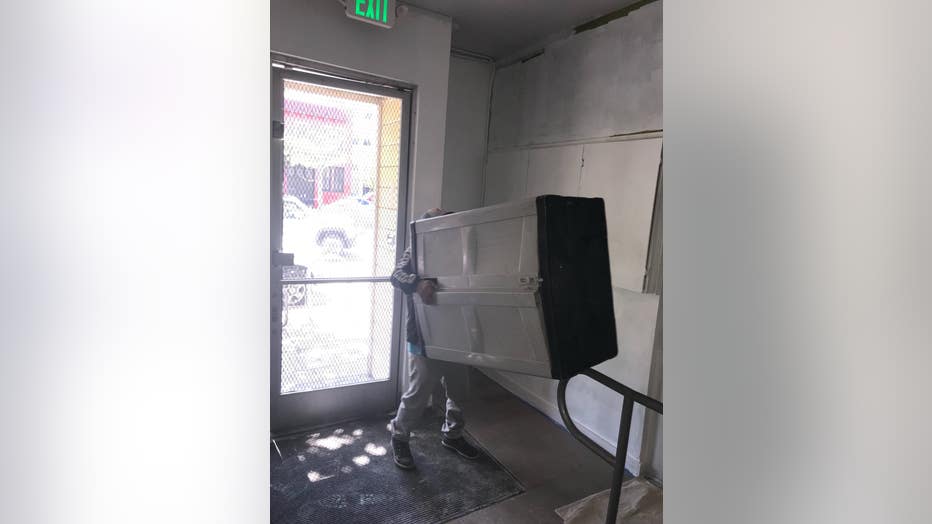 FILE ART- A man who works with the San Francisco Day Labor program hauls a cabinet.

In the meantime, nonprofits have been raising money to help.

But what's even more important than accepting grant money for people like Jose is finding work.

Tonya Turner is happy to employ people like him and other undocumented immigrants.

She ended up hiring Marcos Saul Aurora Gonzalez of El Salvador, who has been sleeping on a street corner in San Francisco for the last week or so.

Gonzalez and Jose are both members of the San Francisco Day Labor Program, which matches day laborers with neighbors who need odd jobs done.  She first learned of his story from KTVU.

About 10 people have found jobs in the last week, said Francisco Herrera. He is co-director of the San Francisco Day Labor Program and Women’s Collective, a program of Dolores Street Community Services.

Typically this time of year, Herrera said up to 100 people would have found jobs.

On Tuesday, Turner paid Gonzalez to go grocery shopping for her and her mother. Both are medically frail and do not want to go outside.

"He was so honest," Turner said. "We paid him for three hours. But because he did the shopping in half the time, he returned the money."

Turner said she considers herself fortunate and wants to help those "most negatively impacted by the Trump administration. We can't run our city without them."

Jose is willing to do almost any type of work to help San Francisco run. He wants to stop getting meals at food banks and asking friends if he can borrow a dollar or two.

And while he's been very concerned about his finances, he said his mood has been upbeat since he found work for two days this week.

"I feel pretty good," he said. "I'm physically well. And I'm trying to get enough sleep, even though it's hard being in a sleeping bag and lying on a cardboard box. But it's just really important to be strong so that when I wake up, I can search for work."

IF YOU'RE INTERESTED: In hiring a worker from the San Francisco Day Labor Program and Women's Collective call 415-252-5375. More information about the programs can be found here. You can also donate to Fighting for our Workers (or any of the groups listed below.) You can also email Louis Legowsky at the program at sfdlp@3358@gmail.com.

Fighting for our Workers