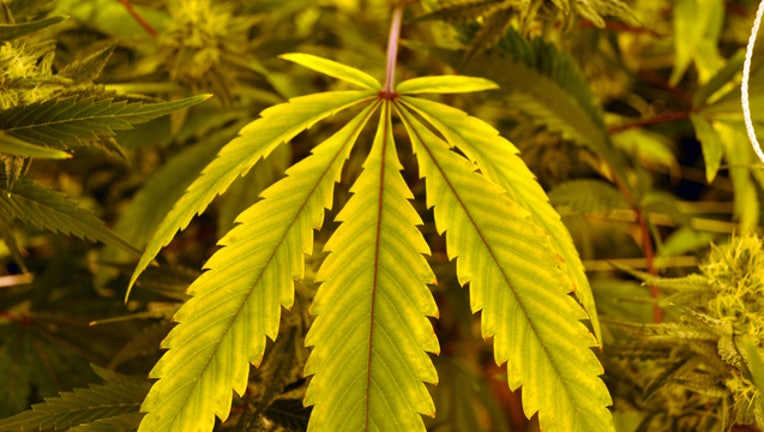 TALLAHASSEE, Fla. (NSF) - With two looming ballot proposals that would legalize recreational marijuana in Florida, state House leaders are going on offense on the issue.

The House Health & Human Services Committee on Tuesday heard an hour-long presentation from Harvard Medical School psychobiologist Bertha Madras, who issued dire warnings about the dangers of marijuana use, particularly for youngsters.

“Marijuana is not benign. It is not safe. It is addictive. … It interferes with learning and memory,” cautioned Madras, who specializes in substance use disorders.

Madras delineated a plethora of pot-related hazards. For example, she advised that marijuana use in teenagers can increase the risk of schizophrenia and cause long-term harmful effects in adults.

“It will take years and one or two generations to fully comprehend the consequences. It took our nation more than 20 years to raise alarm bells around the opioid issue. The alarm bells are beginning to come in with marijuana, and we hope people are listening,” she warned.

Madras, who opposes legalization of marijuana, also said she is unconvinced of the medicinal value of pot, which has not been approved by the Food and Drug Administration and which remains illegal under federal law.

Floridians in 2016 legalized medical marijuana for a broad swath of debilitating conditions, and the state has 180 dispensaries where patients who’ve received approval from their doctors can buy a variety of products.

After an overwhelming majority of voters signed off on medical pot, proponents of two separate recreational marijuana proposals are trying to get legalization measures onto the November 2020 ballot.

Several of the state’s medical marijuana operators are backing what is dubbed the “Make It Legal Florida” initiative, which would allow adults over 21 to have up to 2.5 ounces of pot for personal use. The political committee behind the proposal has raised more than $1.6 million since launching the effort in September.

A separate ballot initiative, sponsored by the political committee Sensible Florida, Inc., would require the state to regulate marijuana in the same manner as alcohol. The committee has gathered enough signatures for Supreme Court review of the proposed ballot wording.

Recent polls have shown about two-thirds of Floridians support the idea of joining 11 other states that have legalized recreational pot.

“My goal today was to bring in a scientist who’s got a large body of research, who’s recognized as a national expert … who’s on the Harvard Medical School faculty, to share her perspective with us. I thought that was valuable,” Rodrigues, an Estero Republican who has shepherded medical marijuana-related legislation for the House.

Rodrigues said he wants House members to be educated on the issue when constituents ask where they stand on the proposed constitutional amendments.

“It’s important we’re equipped with facts and then share with our constituents the position that we’re taking and why we’re taking that position. I think what she has presented should bring pause to anyone who has heard those facts on whether recreational is a good idea for the state of Florida,” he told reporters after the meeting.

Madras told the panel that today’s marijuana is much more potent ---from 3 percent to 25 percent higher --- than the pot of the 1960s.

Potency has been an issue for House Republican leaders, including Rodrigues, who earlier this year tried to limit the amount of euphoria-inducing THC in smokable products sold by medical marijuana operators. The House dropped the effort when the Senate would not agree.

“High-THC remains a concern. We’re continuing to research this and see where the science is leading us on that. I would say all things are on the table, as we go through the session,” Rodrigues told reporters.

But Rep. Nicholas Duran, a Miami Democrat who serves on the committee, said he wasn’t surprised by Madras’ warnings about the perils of pot, after viewing her presentation online before the meeting.

“I anticipated this would be just a list-off of everything that’s wrong, or what’s going to go wrong, or why we need to hide our children, hide our families from marijuana,” Duran told The News Service of Florida.

Duran suggested that Republican leaders may be relying on Madras to lay the groundwork for how the House might implement recreational marijuana, should either of the proposals pass in 2020.

“Leadership on the House side is very skeptical about marijuana use in the state of Florida, even for medical purposes. There is a level of leadership who doesn’t believe it is legitimate medicine,” he said, adding that Republican legislators were forced to “begrudgingly implement” regulations after voters signed off on the medical marijuana proposal.

“I think it’s sort of the same approach to recreational,” Duran said. “It very well could be recreationalized in 2020, so we’re going to have to create a legal framework again. So maybe the idea is to plant the seeds for what they believe is the appropriate infrastructure on things.”

Florida lawmakers have the opportunity to examine how other states, such as Colorado, have dealt with recreational marijuana, “take our time, put together something that’s thoughtful, that’s pragmatic, if we’re willing to,” Duran said.

“Or are we just going to say, nah, we’ve got to believe that this is the devil, this is wrong, this is bad,” he said. “If it’s like that, then we’re not going to take a very thoughtful approach to it and what we end up putting together is not going got be useful.”

The House Health Quality Subcommittee will hear a presentation Wednesday about regulatory considerations for recreational marijuana from Andrew Freedman, who served as director of Colorado’s Office of Marijuana Coordination.

Nick Hansen, who is campaign manager for the political committee behind Make It Legal Florida, works for MedMen, a national company that is one of Florida’s licensed medical marijuana operators. Hansen told the News Service he did not watch Madras’ presentation, so he wasn’t familiar with the studies she cited showing deleterious effects from pot.

“We haven’t seen any robust amount of research or evidence to suggest anything of that type in states that are currently allowing for adult use in different forms,” he said.