The medical examiner has released its full report on a Massachusetts woman who died after she went missing while hiking on Camelback Mountain in late July.

PHOENIX - The medical examiner has released its full report on a Massachusetts woman who died after she went missing while hiking on Camelback Mountain in late July.

Phoenix Police say 31-year-old Angela Tramonte, was found dead on the afternoon of July 30, hours after she was last seen in the area.

The Maricopa County Office of the Medical Examiner released the report on Sept. 9, ruling that the primary cause of death was "environmental heat exposure." The report states Tramonte's death was accidental and toxicology results revealed a significant level of amphetamine in her system at the time of her death.

"The Phoenix Police Department is saddened by the death of Angela Tramonte. The investigation into this case has been extensive, consisting of, but not limited to, interviews, reviews of physical evidence, and an examination into cellular phone related data. No criminal activity has been discovered, and all evidence points to this being a tragic accident. In addition to the investigation done by the Phoenix Police Department, the Maricopa County Office of the Medical Examiner has ruled this death as accidental as a result of environmental heat exposure. Our thoughts are with the friends and family of Angela Tramonte during this difficult time."

According to police, Fire crews were called out to a trail at Camelback Mountain at around 1 p.m., after receiving a missing hiker call.

"The person who called 911 was an off-duty Phoenix Police officer, who informed the emergency operator that he and Ms. Tramonte had separated during a hike, and he could not find her," read a portion of the statement.

"She was unsure of herself making it all the way to the top, and wanted to turn around and make it back to the parking lot," said Captain Rob McDade with the Phoenix Fire Department.

According to Phoenix Police, neither Tramonte nor her companion had any water.

"The witness also told officers, during the hike Ms. Tramonte decided to head back down the trail and asked him to continue to the top to take pictures so that she could share them on her social media. The pair agreed to meet later at the car," read a portion of the statement.

Fire officials said when the hiker returned to the parking lot and their car, Tramonte's belongings were all inside the car, but the female was not there.

Over 30 rescuers, according to Phoenix Fire officials, were deployed to locate the missing hiker. In addition, Phoenix Police's Firebird helicopter was also deployed to the area.

Tramonte, according to Phoenix Police officials, was found off the Echo Canyon Trail, near a home on the northeast side of Camelback Mountain. Officials believe the woman tried to get help before her death, and that she might be overheated and possibly disoriented. 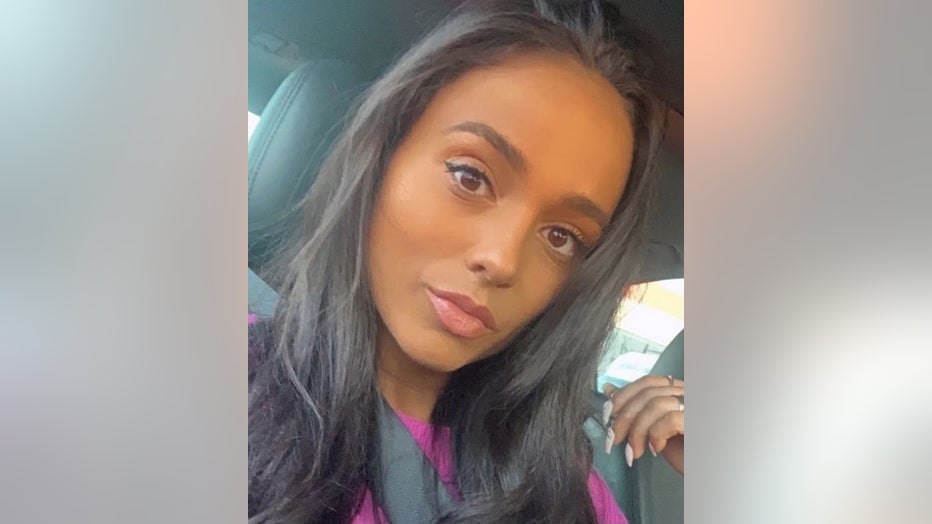 "Unfortunately, she had probably been deceased for a while before we could even intervene," said McDade.

Phoenix Police officials said no traumatic injuries were found during the initial investigation or doing her autopsy. Her cell phone was on her when she was found. There is no evidence to indicate foul play.

"The City employee who was with Ms. Tramonte is a witness and is cooperating with investigators. He has been granted personal time off and has been offered resources to deal with this tragedy," read a portion of the statement.

The city of Phoenix confirmed Dario Dizdar was the employee who was with Tramonte during the hike and the first person to report her missing.

On July 30, a hiker recalls seeing Angela Tramonte who died hiking while with off-duty Phoenix officer, Dario Dizdar, on Camelback Mountain. Her mother says the case needs to be investigated further after her death was ruled accidental.

Hunter Robinson, a hiker who crossed paths with the pair, took a photo that happened to capture Tramonte and Dizdar. He says he spoke briefly with the off-duty officer.

"Dario did Angela a disservice that day by separating from her and he really is not facing any repercussions. Her life was in his hands and he didn't take that seriously," Robinson said.

Fire officials talk about risk of hiking in the area

McDade said it can be easy for hikers to veer off the path back down, and take a straight shot towards homes in the area.

"If you've never been on this trail, you don't probably know how much longer you have to the parking lot," said McDade. "You can't see the parking lot on the other side, so at that point in time, you might not know that it's that far from you. So, very tragic, and to what we were hoping was going to be a successful rescue."

Officials say they do not believe that foul play was involved and Tramonte became dehydrated and succumbed to the heat, according to officials.

Under a pilot program, the City of Phoenix will shut down certain trails, like the Echo Canyon Trail, from 11 a.m to 5 p.m on days when an excessive heat watch is in effect.

There were no Excessive Heat Watches or Warnings in effect on July 30.

Victim first identified by family on the East Coast

The victim was first identified by her family members. Tramonte was from Boston, Massachusetts, and her friends say she came to Arizona to meet up with a man she's been talking to on Instagram.

Prior to Phoenix Police's statement, friends of Tramonte said they suspected foul play and want her death to be investigated further.

Tramonte's friends say the man she was with knows better than to allow someone with heat exhaustion to finish a hike alone.

"There's more questions that need to be answered," a friend said.

Tramonte's mother says she is angry and frustrated and believes the off-duty police officer her daughter was hiking with should bear some responsibility for her death.

"I'm frustrated because I lost the love of my life because of someone who is still walking around … and doesn't have a freaking care in the world," said Nancy Tramonte, Angela's mother. "I need to find out the truth … I need my questions answered, and no one wants to do that for me."

"At this time there is no evidence to indicate foul play is suspected in connection with Ms. Tramonte’s tragic death," read a portion of a statement released by Phoenix Police on Aug. 2.

Her mother added, "She thought because he was a police officer that she was safe and she wasn’t."

The woman, 31-year-old Angela Tramonte, was found dead on the afternoon of July 30, hours after she was last seen in the area. 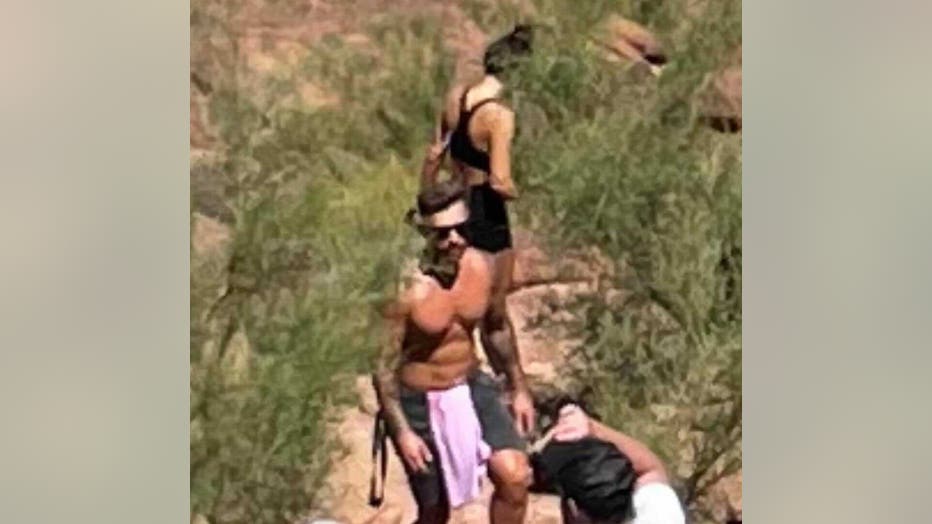