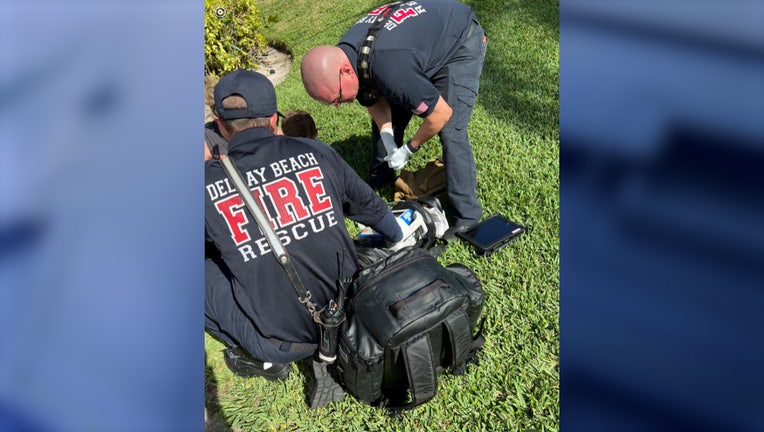 The Delray Beach Fire Rescue responded to Highland Beach Sunday afternoon after a boy said he was bit by a shark.

In a tweet, Delray Beach Fire Rescue said the boy "saw a small shark dart towards him in shallow water" and "bit his right foot near his big toe before swimming away." Paramedics were able to bandage the boy's foot and sent him to a local hospital for treatment, officials said.

In a follow-up tweet, officials said the type of shark that reportedly bit the boy was unknown, but the boy described it as being four feet long.

Highland Beach is about three hours southeast of Orlando, near Boca Raton.