Pain at the pump: Gas prices & U.S. relationship with Russia

Prices at the pump have continued to climb nationwide despite efforts by several governments to quell the rise in oil. LiveNOW talks with Andrew Lipow, President of Lipow Oil Associates about the high prices and the United States relationship with Russia.

LOS ANGELES - With the average U.S. price for gasoline skyrocketing across the nation, many drivers, whose cars require premium gas, might be wondering if they can skimp out on the quality of fuel in order to save money at the pump.

Here’s what you need to know.

Can I put unleaded gas in my car if the label says it requires premium?

According to Fuel Express, if your vehicle manufacturer "recommends" premium gasoline then you can put in regular without losing sleep at night. However, some vehicles "require" premium gasoline.

If you put regular gas in those cars you may be looking at a serious service bill down the line.

"In most cases, the vehicle will run fine, but you may experience less power and a decrease in gas mileage. In more serious cases, you may hear engine knocking or valve chatter because the fuel isn’t burning right. These things could damage your engine and you should take it to your mechanic," explains Capitol Toyota, a California Toyota dealer on its website.

What is the actual difference between fuel types?

You might have noticed the giant yellow signs on each fuel nozzle that have a specific number. Those numbers represent octane levels in the fuel. The octane level is a measure of how heat resistant a particular fuel is in order to prevent what’s commonly known among mechanics as "knocking." 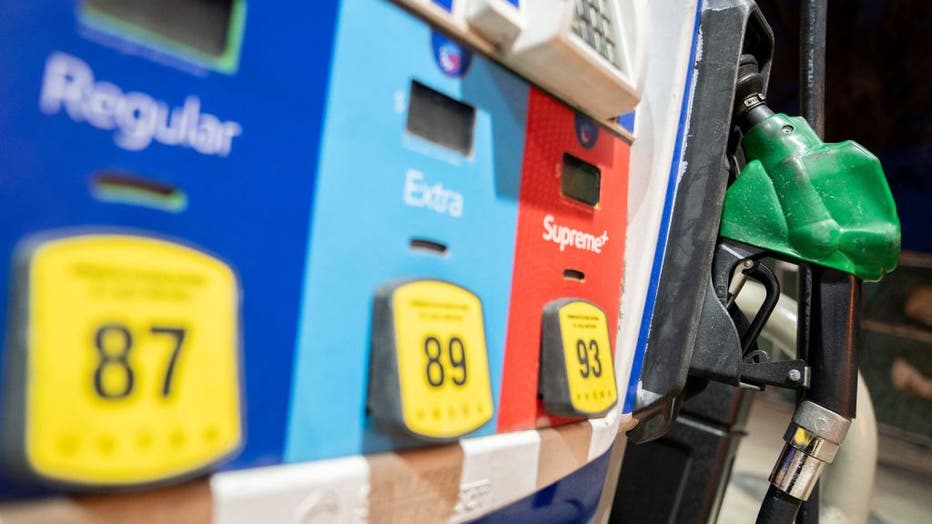 A gasoline pump sits in a holder at an Exxon gas station in Washington, DC, on March 13, 2022.

You’ll know your motor is knocking when you hear a knocking noise which is a mixture of air-fuel in the engine's cylinders detonating prematurely.

"If your car has a performance-tuned engine rated for high-octane fuels, you could experience engine knock if you put in fuel with too low of an octane rating. High octane fuels burn more uniformly and resist knock," Capitol Toyota explains.

You can find out what octane level your car requires by referring to the vehicle’s owner's manual.

What if I dilute premium gas with unleaded gas to save money?

According to The Drive, a motorist publication, your car will "survive," if you mix regular and premium.

"That said, if your vehicle requires premium fuel, it’s a good idea to top it off with the good stuff as soon as you’re able," the website said. "If you’re really worried about the engine developing a knock, you can add just enough regular fuel to get you to the next station, but be sure you have enough fuel to reach the destination."

The average U.S. price of regular-grade gasoline shot up a whopping 79 cents over the past two weeks to a record-setting $4.43 per gallon (3.8 liters) as Russia’s invasion of Ukraine is contributing to already-high prices at the pump.

Industry analyst Trilby Lundberg of the Lundberg Survey said Sunday the new price exceeds by 32 cents the prior all-time high of $4.11 set in July 2008.

In today’s dollars, the previous record would be equal to $5.30 a gallon, according to the U.S. Bureau of Labor Statistics’ inflation calculator.

Houston officials are searching for gas thieves, accused of using a trapdoor in a minivan to steal gas from a local gas station.

Prices at the pump were rising long before Russia invaded Ukraine as post-lockdown demand has pushed prices higher. Crude prices plummeted in early 2020 as economies around the world shut down because of COVID-19 — the price of futures even turned negative, meaning some sellers were paying buyers to take oil. Prices rebounded, however, as demand recovered faster than producers pulled oil out of the ground and inventories dried up.

Then, the price increase accelerated after the war began.

Energy prices are also contributing to the worst inflation that Americans have seen in 40 years, far outpacing higher wages.

Nationwide, the highest average price for regular-grade gas is in the San Francisco Bay Area, at $5.79 per gallon. The lowest average is in Tulsa, Oklahoma, at $3.80 per gallon.