An Orlando man who allegedly swung a knife at someone while reportedly trying to steal gas out of a U-Haul truck was arrested early Thursday, Orange County deputies said.

"I will go ahead and note that I've found probable cause," the judge said, "I'll go ahead and appoint the public defender's office to represent you."

Orange County deputies say just after midnight, they showed up to an Orlando convenience store, on Lancaster Road. Their report says Morales was siphoning gas out of a U-Haul truck that the store rents out.

Moses Haque owns the store and says he knows Morales.

"He's not allowed to come in my store," Haque said, "I kicked him out because he's a troubled guy."

Deputies say Morales was armed with a knife.

The sheriff's office says the victim was sleeping on couches behind the store, when they heard Morales siphoning gas out of the U-Haul truck. Deputies say the victim confronted Morales and Morales pulled out a knife. But they say the victim kicked the knife out of his hand. 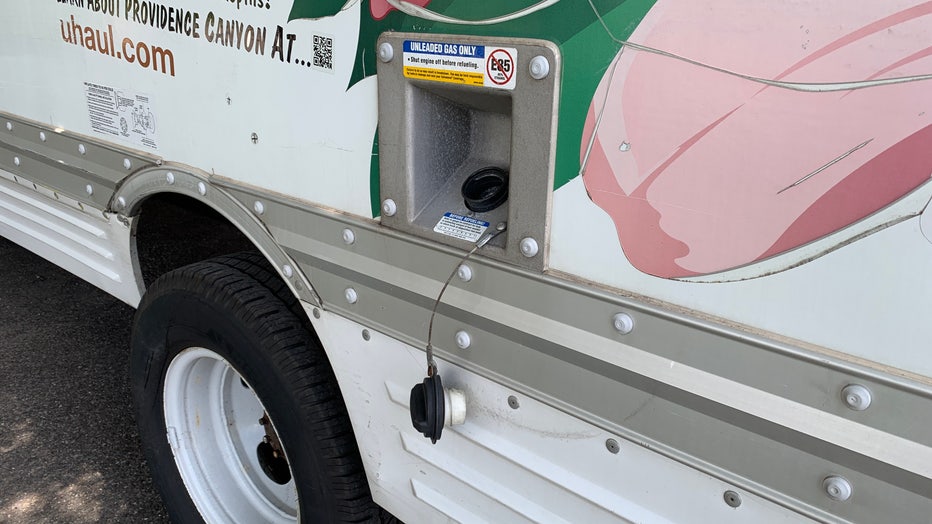 Deputies say they found Morales nearby. They say Morales denied siphoning any gas or having a knife. Deputies found both the siphon and the knife on the ground near the U-Haul truck, and arrested Morales.

Store workers say they're happy Morales is behind bars.

Haque says he's been trying to clean out the area behind his store.

The victim wasn't injured and refused any treatment.

Morales was booked on a $2,500 bond, and ordered not to return to the store or have any contact with the victim.