Louie Suljovic and his dad Charlie Suljovic jumped into action when some thugs attacked and robbed a woman outside their Pizzeria in Queens.

NEW YORK - A New York City pizzeria owner and his father are being hailed as heroes after they were seriously injured while intervening in a robbery attempt outside their restaurant.

The NYPD says it happened outside of Louie's Pizzeria & Restaurant on Baxter Ave. in Elmhurst, Queens.

Louie Suljovic, who is also a military veteran, was working when he and his father, Charlie Suljovic, saw a 61-year-old woman being robbed outside.

Police said, "Without hesitation, they jumped into action to help and were stabbed in the process."

The NYPD quickly responded and caught the two robbers and other officers gave immediate medical attention to the heroes.

EMS took them to Elmhurst hospital for treatment and they are recovering.

The NYPD arrested Robert Wack, 30, and Sumpreme Goodden Jr., 18, on robbery, gang assault, and criminal possession of a weapon charges in connection with the crime.

The woman who was attacked suffered a stab wound to her back. Her condition was unknown.

The NYPD noted that Louie's remained open during the height of the pandemic and donated meals to Elmhurst Hospital staff and first responders. 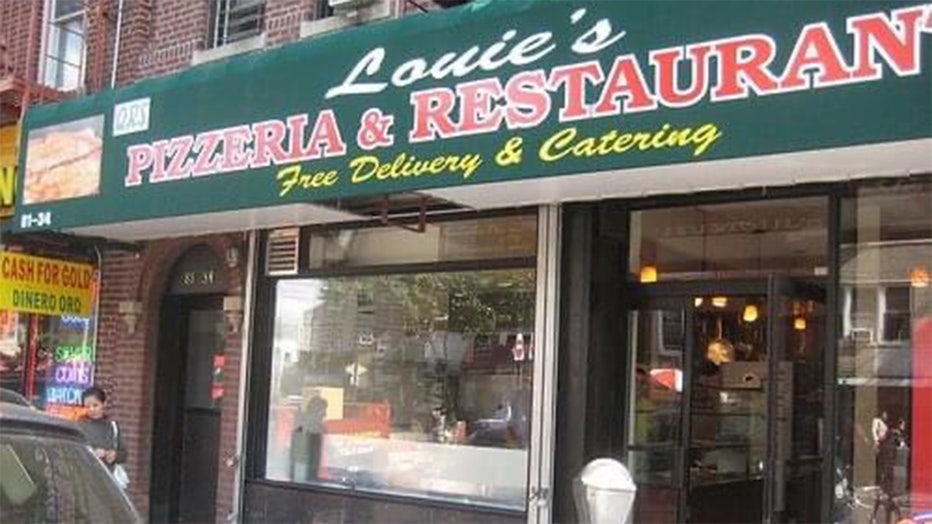 "He and his father are among the very best New York has to offer. We thank them for their bravery and wish them a speedy recovery," the 110th Precinct said in a tweet.

The pizzeria announced on its Instagram page that it would be closed for a few days for a "Family emergency." One person replied "Absolute bad asses!!!"

A GoFundMe has raised more than $500,000 to help cover medical expenses for the pair and pay the staff while the restaurant is closed.

The organizer said: "We knew the owners were heroes, but the bravery and heroism they showed last night was truly off the charts."

Louie's was rated the #69 best pizza shop in the country in a Yelp list released in February 2022.