LOS ANGELES - Have you ever watched your favorite sitcom on television and thought to yourself, "There is no way they can afford that place?? You and me both.

We all know many films and television shows set unrealistic expectations when it comes to what characters can afford, especially those who live in major cities such as New York City.

"When writing a TV show, showing a realistic depiction of what life would be for the characters based on their salaries might not be a priority, however when watching any sitcom or similar, viewers will probably catch up on whether their favorite character could be able to afford their apartments," a spokesperson for Hovia, an interior design institute, said. 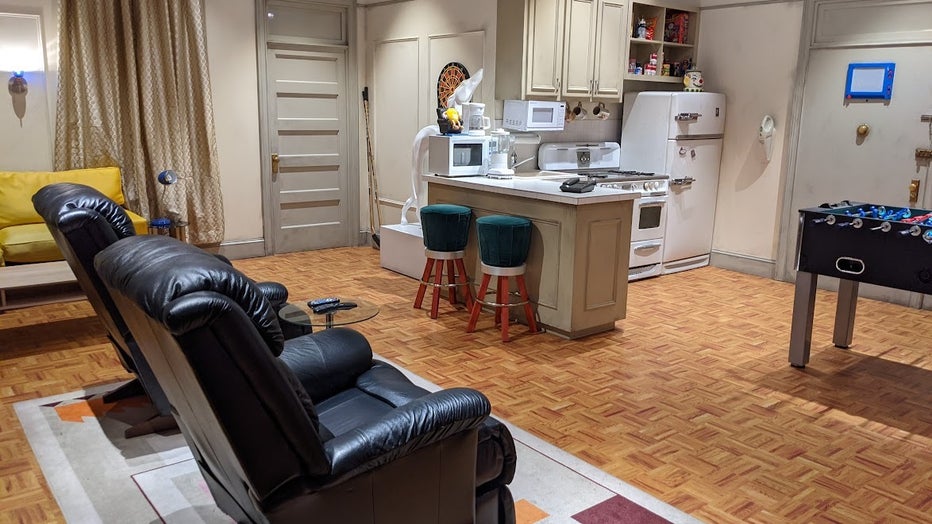 That’s why Hovia is setting the record straight. The studio calculated how much the characters living in these homes and apartments would have to pay for rent in 2022 — and well, it’s pricey.

"The reality is that most of those apartments are often more expensive than it might look, as they're located in popular neighborhoods of big cities, which combined with today’s average prices will prove just how unrealistic expectations are when watching TV," the spokesperson continued.

This is probably one of the most notable apartments in TV history. In the series, Monica and Rachel pay only $200 a month for rent, since Monica’s grandmother left her with a rent-controlled lease. 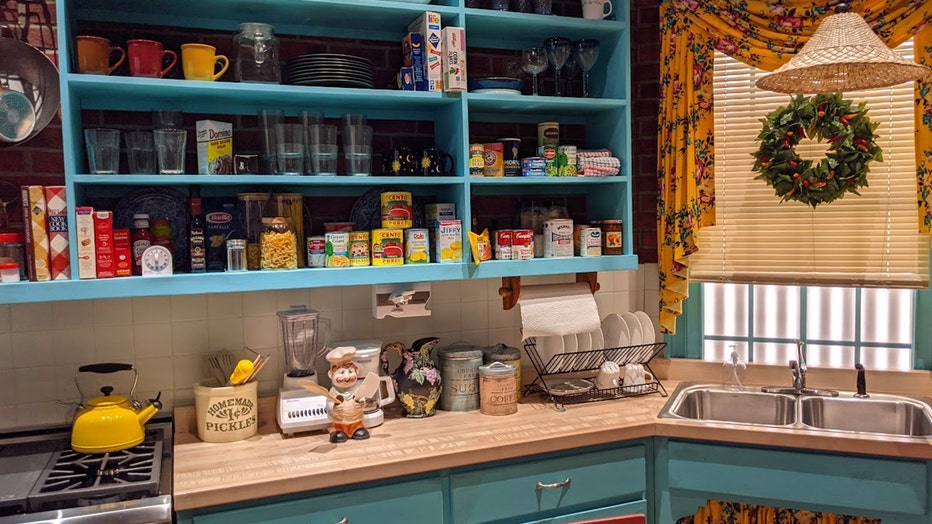 Inside apartment on series "Friends"

However, according to Hovia, a two-bedroom apartment in West Village, Manhattan just like theirs would be found today for an average of $6,554 a month.

"In fact, ‘Friends’ seems to be the only show that attempts to explain just how Monica and Rachel are able to afford such a luxurious space, which goes in stark contrast to Carrie Bradshaw’s living arrangements, which is among the most unrealistic of all," the spokesperson added.

Carrie’s Apartment in ‘Sex and the City'

Speaking of Carrie Bradshaw’s living arrangement, this legendary apartment in TV history at 64 Perry Street will always be considered the Carrie Bradshaw apartment. The one-bedroom place was used again for the series’ revival "And just like that..." on HBO Max. 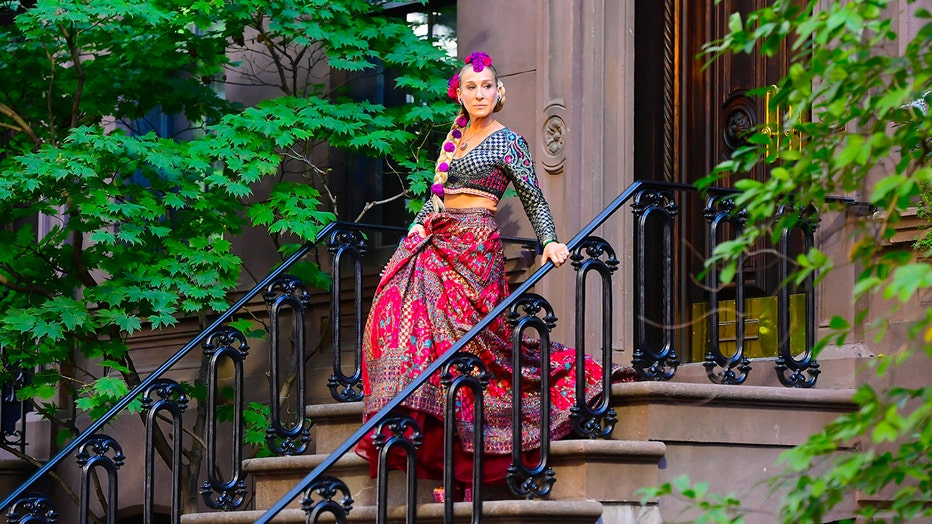 Sarah Jessica Parker seen on the set of "And Just Like That..." the follow up series to "Sex and the City" in the West Village on October 20, 2021 in New York City. (Photo by Raymond Hall/GC Images)

Carrie’s infamous place on the Upper East Side would cost an average of $4,072 a month, which may be too expensive with a writer’s salary. Although, some may argue, her popular column may warrant a higher salary.

Ted and Marshall’s Apartment in ‘How I Met Your Mother’

The Upper West Side apartment shared by Ted and Marshall has become the setting for many scenarios including the infamous "Interventions", the group’s holiday celebrations and so much more.

A real two-bedroom in the neighborhood would today be up for rent for an average of $7,100 a month, a number that Marshall and Ted may actually be able to afford with their salaries as a lawyer and an architect.

Sheldon and Leonard’s Place in ‘The Big Bang Theory’

According to the "Big Bang Theory," Sheldon and Leonard’s Pasadena apartment is situated in the ‘Los Robles Apartment Building’ — an apartment complex one block away from the City Hall and adjacent to a lamp store. The building with its infamous out-of-order elevator is on the fourth floor, has at least five floors and has sixteen units. 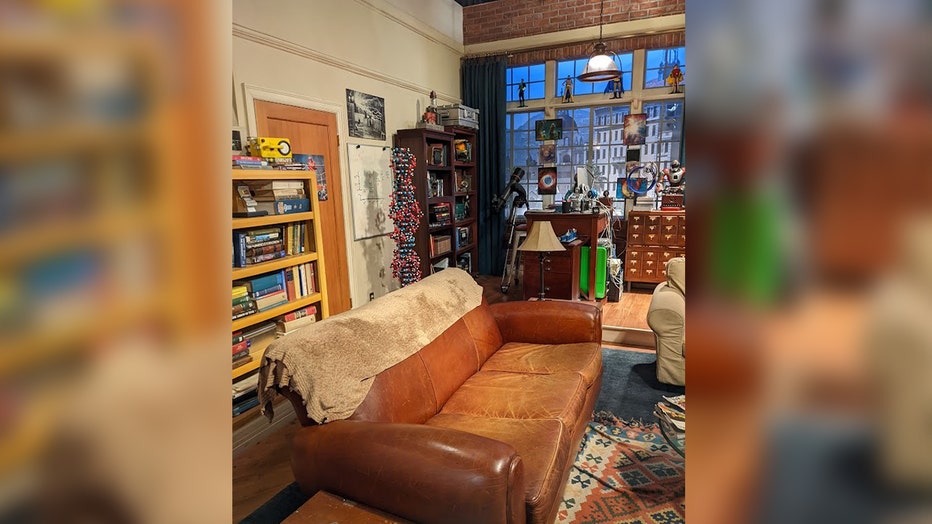 Sheldon and Leonard’s Pasadena apartment on "The Big Bang Theory"

In the series, Jess moves in with three guys into a loft located in the Arts District in Los Angeles. The three-bedroom apartment is converted into a four-bedroom to split the rent even further.

A similar loft in the neighborhood would today be worth an average of $4,800 a month.

Inherited from her mother (and therefore owned by Meredith), the large house on Queen Ann Hill, Seattle, has basically seen almost every character live in it, from Meredith’s fellow interns to the doctors of Grey Sloane Memorial Hospital.

In the show, the house has three bedrooms, and to rent a similar place in 2022, the monthly costs would be an average of $4,200 a month.

Richard Castle’s apartment in SoHo, New York, is a two-bedroom to accommodate his teen daughter, and in real life it would cost a whopping $10,450 a month, as SoHo is among the most expensive neighborhoods in the city.

However, it is possible to believe that thanks to his successful career, Castle would easily be able to afford it.

Hovia contributed to this story.