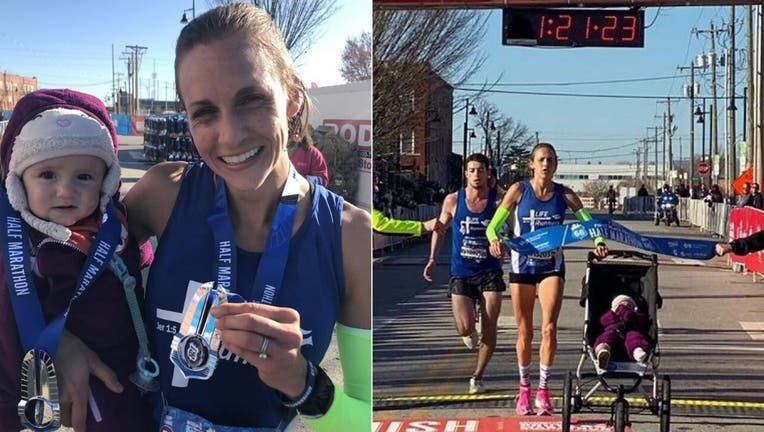 Julia Webb set the world record for a half marathon pushing a stroller Sunday in the Route 66 Marathon in Tulsa, Oklahoma.

When it's mom vs. the world, always bet on mom.

Julia Webb of Little Rock, Ark., won the Route 66 women's half marathon Sunday -- and beat a world record while pushing her 10-month-old daughter, Gabby, in a stroller.

The 36-year-old mother of three bested the pace listed in the Guinness Book of World Records for the fastest time finishing a half-marathon while pushing a stroller, coming in at 1:21:24, according to race organizers. The official results are pending ratification from the organization, Tulsa World reported.

"I have just felt called to run my whole life," Webb told Fox News. "This is what I was made for. Especially as a mom of three kids, I need some me-time...everything that it entails, I just absolutely love it. I also love competing...and running with my kids in my stroller...so I thought why not combine them." 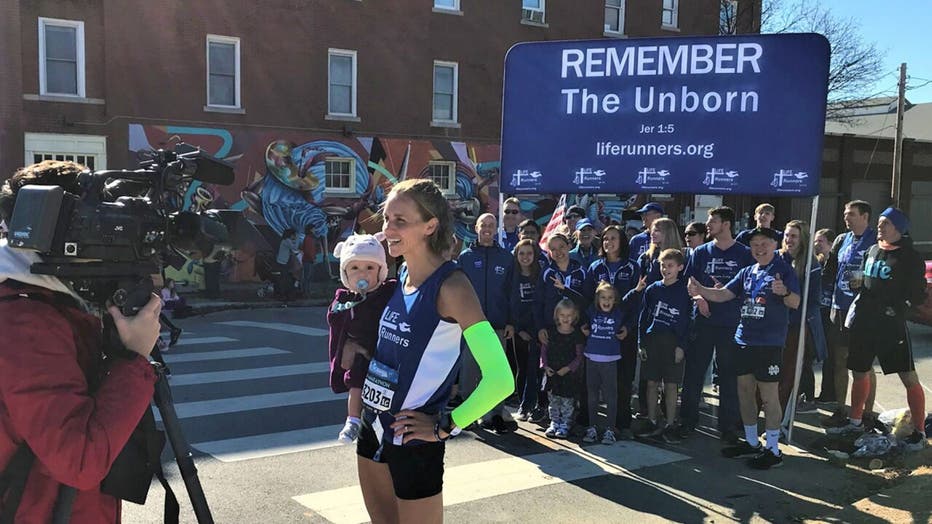 Webb runs with and represents LIFE Runners, the largest pro-life running group in the world.

"The issue of abortion needs more people to stand up....a lot of people don't really know what they're getting themselves into...that they regret," she said. "I would love to see LIFE Runners continue to grow and if it can save one woman from getting an abortion it will be worth it."

Webb joined the team -- that has over 13,000 Christian pro-lifers all over the world -- over the summer and her teammate Matt helped pace her during Sunday's race.

"They were a big reason I was able to break the record this season," she said.

Webb added: "The race was challenging with lots of incline and turns but I felt so confident I could accomplish this feat from the second the gun went off. In fact, the night before, despite all the chaos to get to Tulsa with my family of five, I felt the Holy Spirit at work and felt a peace that gave me confidence it could happen."

Webb's husband, Alan, who holds the American record for the mile with a time of 3:46.91, said he was proud of her for pushing past the hills on the course.

"I know her years of dedication and training kept her going," he told Fox News. "She is one of the toughest people I have ever met and inspires me with her determination and faith."

Julia is competing at the Olympic Trials marathon in Feb. 2020.