Vandals have sprayed graffiti on buildings and vehicles in Melbourne. Now a task force has been created to combat the destruction of property.

MELBOURNE, Fla. - Melbourne Police are getting a bit too acquainted with the names "Fresh," "Soar," and "Lubester" lately. These are three of the more common names showing up in graffiti tags throughout town again and again.

“It’s always the same tags and the same styles,” said Officer Ryan Allen. “As soon as it gets covered up, sometimes the very same night it’s getting hit again.”

City leaders say the tags aren’t confined to one small area and that they're showing up all along Melbourne’s U.S. Highway 1 corridor. The vandals are painting their tags on electrical and utility boxes, as well as on the side of buildings and storefronts. Officer Allen even found the tags on the windows of some city vehicles parked in their downtown garage. 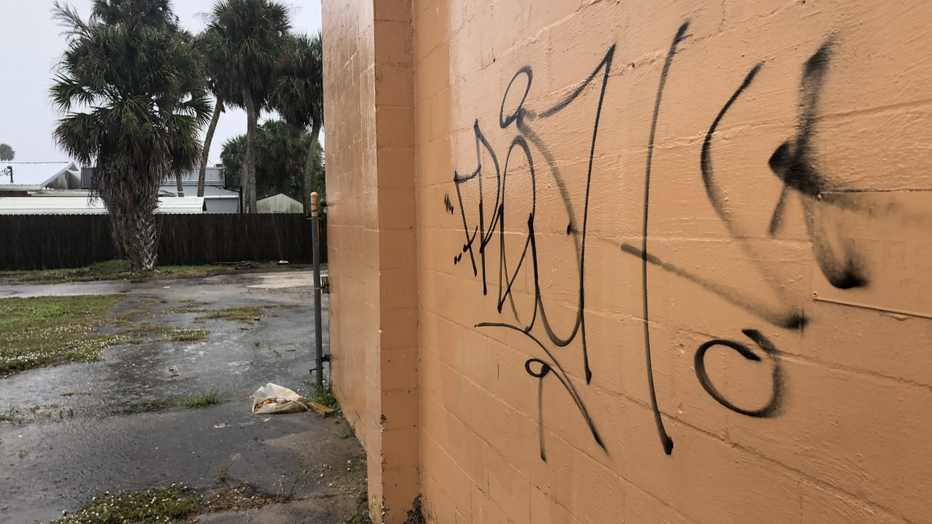 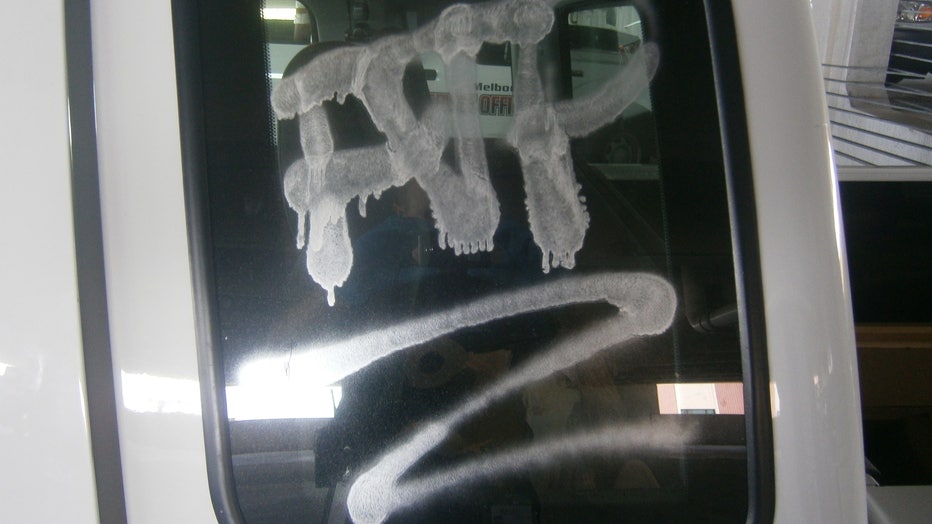 A graffiti tag on the side of a Melbourne city vehicle - Courtesy: Melbourne Police Department

The issues have been popping up over recent months and slowly started catching the eyes of city workers and the public. City staff have formed a graffiti task force of sorts to try and figure out solutions since it just keeps happening over and over again.

“It’s not gang-related at all,” said Allen. “We believe this is just a group of goes out driving around and this is what they get their thrill from."

Allen said graffiti is only considered a misdemeanor as long as the damage doesn’t exceed $1,000. He said if they do track the people painting the tags, each tag has to be considered as a separate crime, which makes it unlikely that the crimes will rise to a higher level.

However, that doesn’t mean his team is letting the taggers get away with the crimes.

Allen said police have now started working with business owners in the corridor to reposition security cameras and try to catch the taggers in the act. 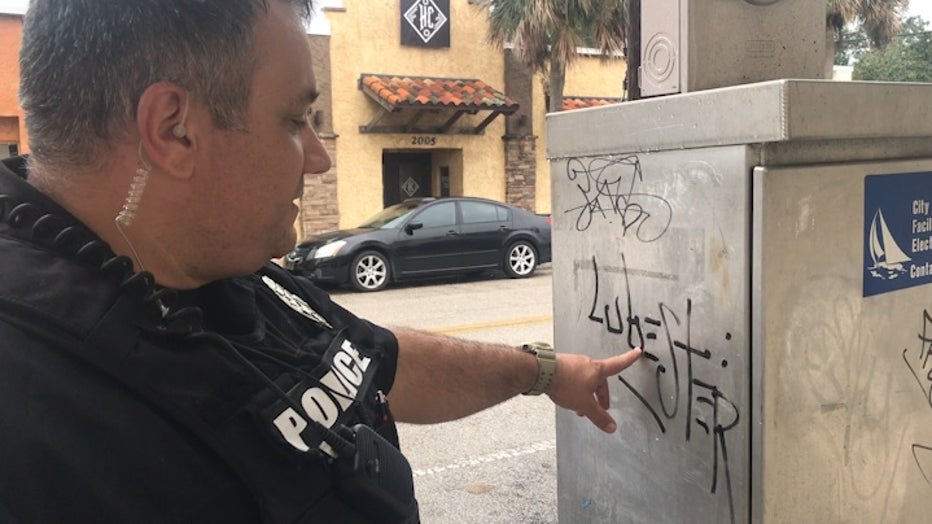 He said those efforts will continue as the, usually considered petty mischief crime, is now costing city staff serious time to take care of and costing some building owners serious money to repeatedly cover-up.

City staff ask that anyone with information on the graffiti problem call the city’s Code Enforcement Division at (321) 608-7905. They can also report the situation directly to Melbourne Police.