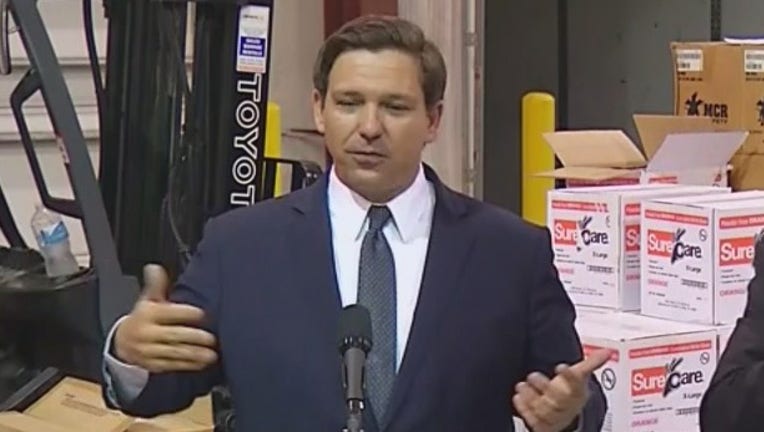 ORLANDO, Fla. - With five Transportation Security Administration (TSA) agents testing positive for COVID-19 in Orlando, one agent says Orlando International Airport (OIA) should be shut down, concerned about her coworkers and passengers at OIA.

We asked Gov. Ron DeSantis why it’s not closed, as he held a news conference at the State Logistics Response Center.

The governor says it’s a federal decision to shut down the airport, but he is worried about it as well, as New York becomes the epicenter for COVID-19.

“I raised concerns about these New York flights two weeks ago. It does make no sense. You’re telling people if you live in some random town there, you must be imprisoned in your home, don’t leave your home.  Don’t do it.  But yet people ride the subway in New York City, people fly from some of the hot zones. Really? How does that make any sense if we’re trying to contain this thing? So some of these measures I think are more symbolic where people say they’re doing something.”

He says some places should allow flights to continue.

“I’m not saying you can’t have a flight anywhere in the country. But as soon as this happened in Wuhan, the flights from China were turned off. As soon as Italy began having the outbreak they shut off the flights from Italy and then all of Europe. We have a bigger outbreak in our own country, the New York City area and yet the flights have accelerated. We can’t do it at the state level, but what I did do is we did put in the screening, we’re gonna have people self isolate.”

The governor is also worried about people who test positive the choose not to isolate themselves.

He says he has seen an increase in flights from New York.

“Starting March 21st, and each day, 29 flights to Orlando, 38 flights, 40 flights, 44, 26 so that’s a lot of traffic of people from the top hot zone being brought into Florida’s communities. Once we saw this uptick I issued an executive order requiring everybody arriving from New York City area to self quarantine for 14 days.”