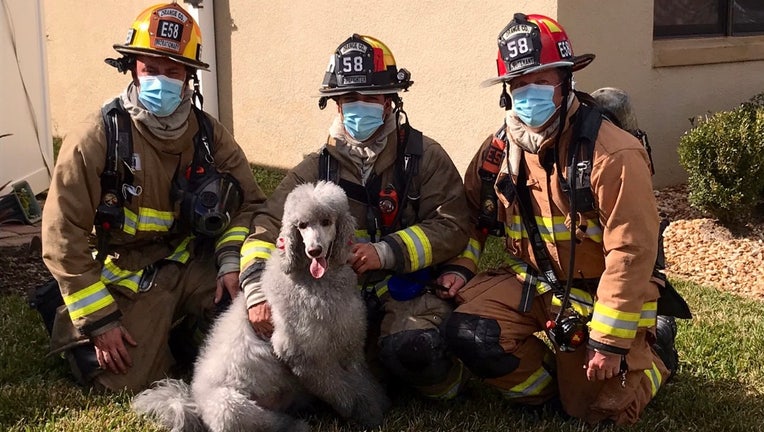 ORANGE COUNTY, Fla. - A dog named Prada will be getting some extra treats after helping to save her home during a fire.

MORE NEWS: 7-year-old with cerebral palsy crawls to his family's rescue: 'He is our hero'

"She alerted her owners via their Ring camera that there was a problem as she was the only one in the house at the time of the fire," Fire Rescue said. "This 4-legged hero saved the day!"

No one was injured. Way to go, Prada!