The city took the money from a $1.4 million surplus.

GROVELAND, Fla. - Thousands of people who live in Groveland received a check for $234 from the city last week.

“It will be an excellent gift for many, many people in this town,” a Groveland business owner said.

About 5,900 people who live in Groveland were issued the check.

“I looked at it front and back going, ‘This is not a check. This is a check,’” Groveland resident Carol Law said.

The money given to the residents came from a surplus from building permit fees. 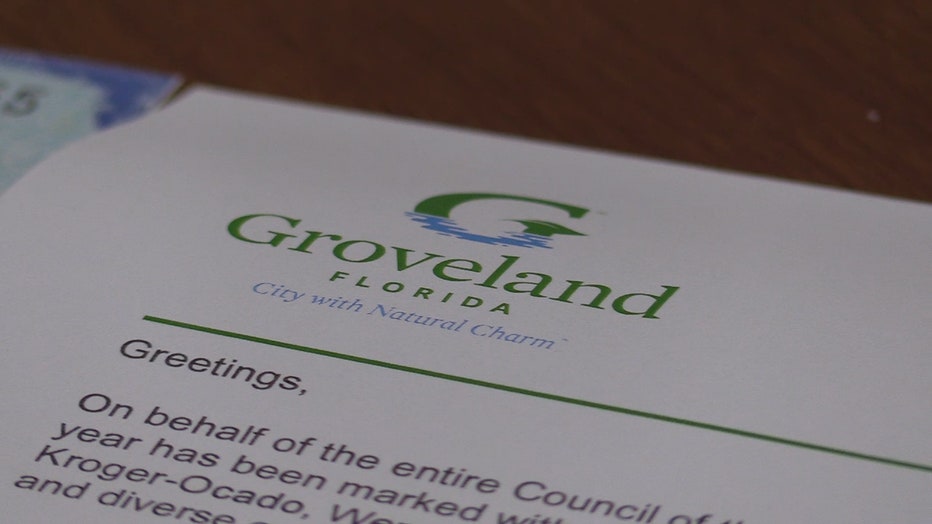 “As builders apply for building permits, they pay fees,” Groveland Building Services Manager Terry Eckert said. “We discovered that we were charging a little more than we needed to and over a period of time we developed the excess.”

The city said the money started accumulating about two years ago. Over that time, the surplus added up to about $1.4 million. The money could not be used anywhere else. So, the city decided to give it back to its people and it has caught some by surprise.

“We’ve gotten calls from folks that have said, ‘Is this some kind of scam?” Eckert said. “Or something like that. We’ve explained, no, it’s not.”

After the residents find out it’s legit, homeowners told FOX 35 that they are excited about the cash.

“It always helps to get money,” Law said. “It’s much more fun getting money than spending money.”

They said it’ll come in handy this holiday season.

“Yeah, I thought it was a very positive aspect that the city did that because they didn’t have to,” Law said. “We would’ve never known the difference.”

The city mailed out the checks last week.

Groveland will be reducing its building fees to prevent another large surplus like this from happening again.