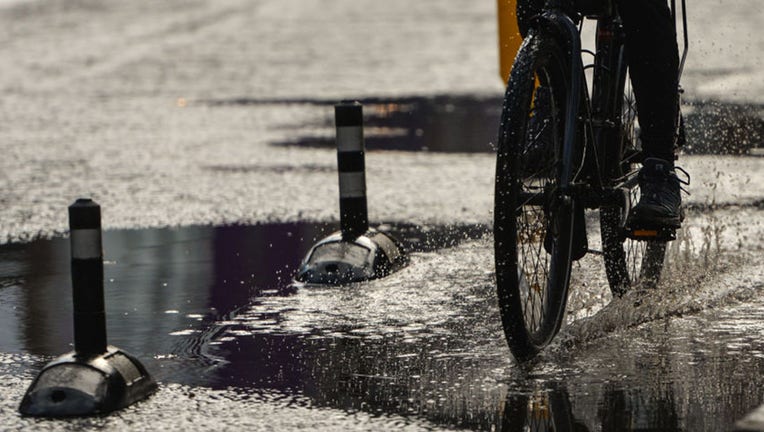 BERLIN (AP) - Authorities issued severe weather warnings Saturday for parts of western Germany, a day after a man was killed and a 12-year-old girl was seriously injured in separate storm-related incidents.

The German news agency dpa reported that lightning struck the ground close to where the girl was cycling, causing her to fall off her bike onto the road, where she was hit by a car late Friday. Dpa quoted the Duesseldorf fire service as saying she was hospitalized with life-threatening injuries.

In a separate incident, one man died and three were hospitalized Friday after torrential rain flooded a tunnel in the southern city of Stuttgart, toppling scaffolding that several construction workers were standing on.

Firefighters across western Germany were called to thousands of incidents, including several landslides.