LOS ANGELES - More people are watching older TV comedy sitcoms as opposed to newer shows amid the ongoing COVID-19 pandemic because it makes viewers feel nostalgic, according to Nielsen.

At the onset of the pandemic, millions of people were forced to stay home and take advantage of TV entertainment to keep from going stir crazy — and many of those people resorted to older TV comedies. 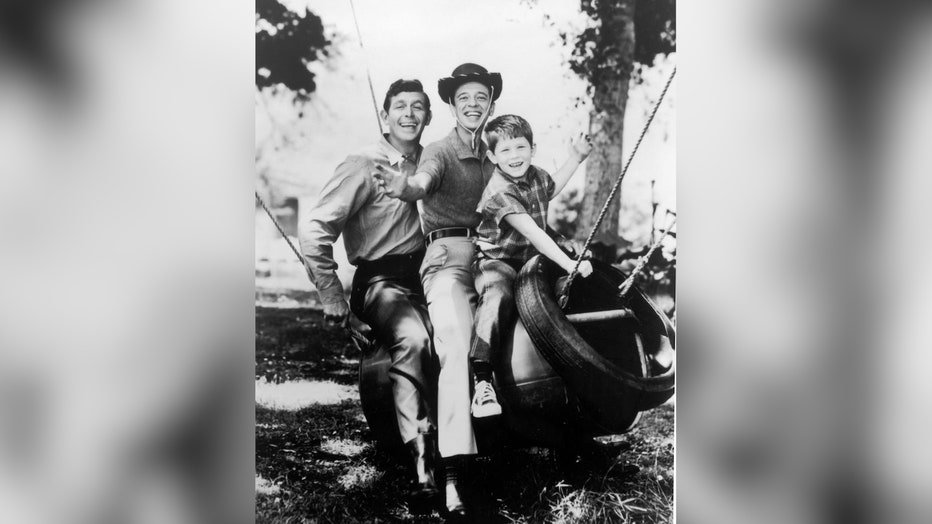 "While many Americans gravitated to their funny old favorites in 2020, it wasn’t a blockbuster year for the comedy genre overall. In fact, comedy viewing was down 9% nationally compared with 2019," Nielsen said in a March news release.

"While the comedy genre is always popular, comedy viewing over the past year highlights a resurgence of nostalgia comedy programming, particularly shows featuring diverse leads and cast members," Nielsen said.

RELATED: May is Military Appreciation Month, and these war movies that salute soldiers are free to stream on Tubi

Amid uncertain times, it makes sense for people to turn to classic TV where they might find comfort in "simpler times."

Tubi offers a curated list of nostalgic TV shows for free that can be viewed on your time. From comedy classics like "The Nanny" and "Bewitched" to cartoons that the whole family can enjoy like "The Flintstones" or "Scooby-Doo, Where Are You," take a trip down memory lane to the good old days.

Here are just a few of the titles the streaming service has to offer:

Scooby-Doo Where Are You? (1969): Starring Casey Kasem, Don Messick and Nicole Jaffe
"The classic adventures of the lovable Great Dane and his human companions as they hunt for clues, hungry for a solution to mysteries and a snack."

Bewitched (1964): Starring Elizabeth Montgomery, Dick York, Agnes Moorehead, Dick Sargent and Erin Murphy
"The beloved TV series about a beautiful witch who marries an executive and starts a family as a housewife, much to the dismay of her powerful mother."

I Dream of Jeanie (1965): Starring Barbara Eden, Larry Hagman, Bill Daily, Emmaline Henry and Hayden Rorke
"A marooned astronaut finds a strange bottle on an island containing a beautiful Genie whose granted wishes, back at home, don’t quite come out right!"

To see the entire selection of nostalgic TV offered on Tubi, visit www.tubitv.com.

RELATED: Over 100 new movies, shows added to Tubi in May including James Bond franchise, ‘Cast Away’