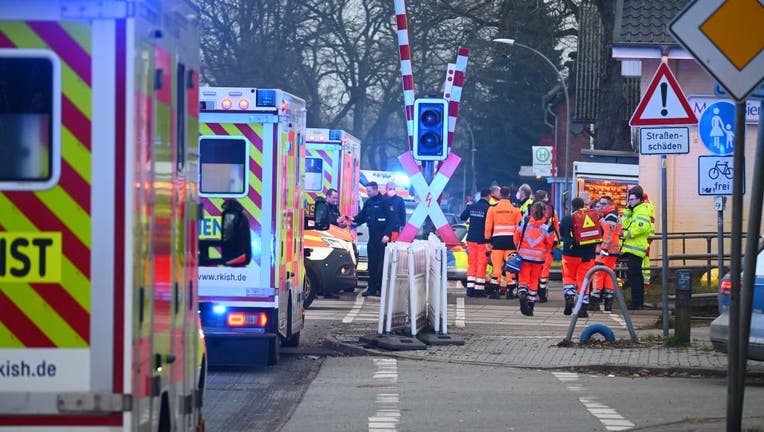 dpatop - 25 January 2023, Schleswig-Holstein, Brokstedt: Police and rescue services are on duty at a level crossing near Brokstedt station. Several people were injured in a knife attack on a regional train from Kiel to Hamburg on Wednesday. A man had

BERLIN (AP) - A knife-wielding man described as a stateless Palestinian has fatally stabbed two people and injured seven others on a train in northern Germany before being grabbed by passengers and arrested by police, officials said. The motive of Wednesday's attack was not immediately known.

Germany's Federal Police force said the suspect used a knife to attack several passengers shortly before a regional train traveling from Kiel to Hamburg arrived at the Brokstedt station.

Police spokesman Juergen Henningsen from the nearby city of Flensburg said two of the stabbed people died after the attack. Three were severely injured and four others suffered minor injuries. No details were given about the identity of the victims.

RELATED: Pope Francis says homosexuality is a ‘sin,’ but ‘not a crime’

The attacker was also injured and taken to the hospital, police said.

"The knife attack in a regional train is shocking news. All our thoughts are with the victims of this terrible act and their families," she said. 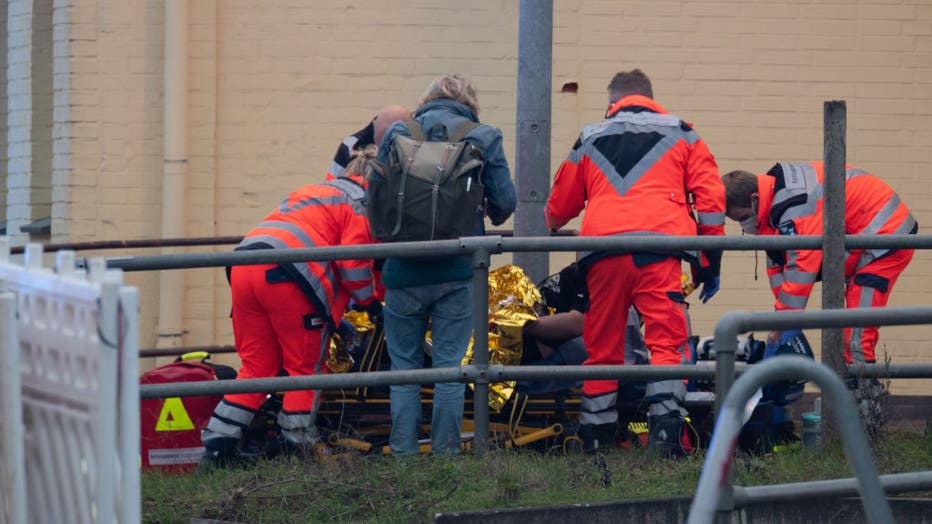 25 January 2023, Schleswig-Holstein, Brokstedt: Emergency services are on duty at Brokstedt station. Two people were killed and several injured in a knife attack on a regional train from Kiel to Hamburg. According to the Federal Police, the crime occ

"The background to the crime is now being investigated at full speed," Faeser added. "I would like to sincerely thank the police and rescue workers who responded."

Authorities said they were first alerted to the incident shortly before 3 p.m. when several passengers on the train made emergency calls to police. Police said the train was stopped and the attacker was detained outside the train after several passengers held him until officers arrived to detain him.

"It is terrible," Suetterlin-Waack told German public broadcaster NDR. "We are shocked and horrified that something like this has happened."

RELATED: Dinosaur fossils unearthed in Chile may give insight into deadly asteroid strike

She later told dpa that the attacker was a stateless 33-year-old Palestinian man.

Regional police and the federal police were on the scene and the prosecutor’s office was investigating the attack, NDR reported.

There were about 120 passengers on the train at the time of the attack, dpa reported. About 70 of them were questioned by police in a nearby restaurant after the incident. Several forensic teams were also on the scene, and investigators in white protective overalls worked near the tracks and the train station.

Others walked across the platform with cameras, next to which the regional train "RE70 Hamburg Hbf" in which the attack took place was stopped. A bakery located a few meters away from the station served hot drinks and baked goods to rescue workers and passengers, dpa reported.

The train station in Brokstedt was closed for several hours and train traffic was delayed across northern Germany.

Train operator Deutsche Bahn expressed its condolences on Wednesday evening saying that "our deepest sympathy goes to the relatives of the victims. We wish those injured a speedy and complete recovery."