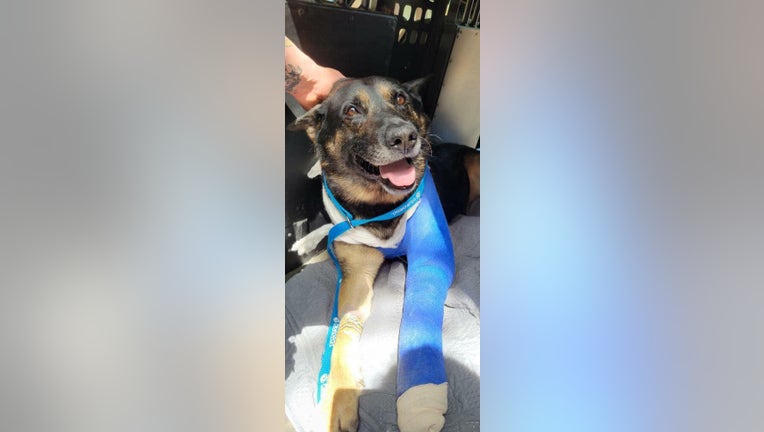 DOUGLASVILLE, Ga. - A Georgia K-9 officer who was shot while tracking a suspect in Douglasville over the weekend is at home recovering after being released from a veterinarian hospital Tuesday.

Austell Police K-9 Jerry Lee was shot once in the front leg while tracking a suspect early Sunday morning. The K-9 was rushed to an area veterinary hospital and underwent surgery.

Investigators say the shooting happened after Douglasville Police Department officers noticed a vehicle trying to avoid a driver’s license and safety checkpoint on Chapel Hill Road near the Interstate 20 exit. Officers began to pursue the vehicle, but it stopped and the male driver behind a nearby Lowe's, the Georgia Bureau of Investigation said.

K-9 Jerry Lee was able to track the suspect who then exchanged fire with officers, hitting Jerry Lee.

The suspect was later found in the woods near the 6800 block of Douglas Boulevard. Investigators said officers heard a gunshot after approaching the suspect. He was found with a gunshot wound and rushed to the hospital where he later died. 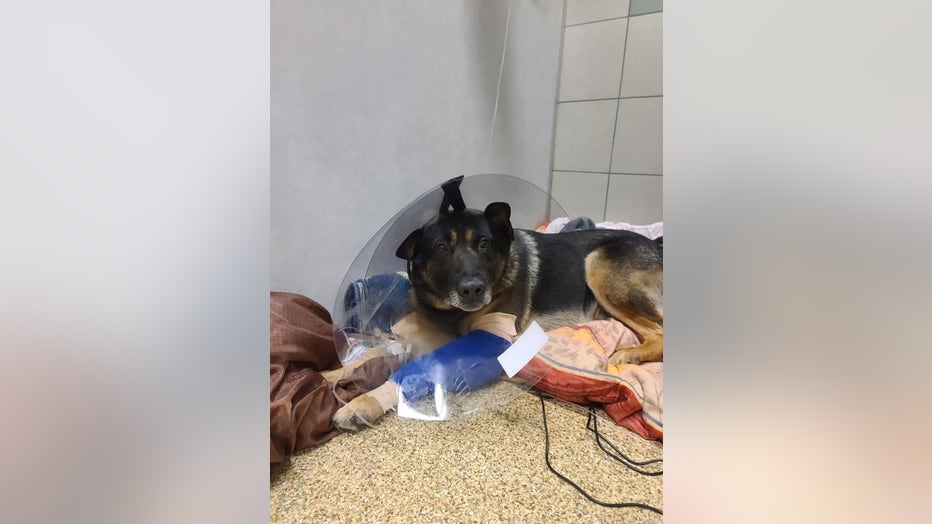 Tuesday, the Douglasville Police Department shared new photos of K-9 Jerry Lee as he was able to leave the vet to recover at home.

"Austell Police K-9 Jerry Lee got to come home from the vet today! We wish him a speedy recovery," the police department said on Facebook.

The name of the suspect has not been released. It was not immediately clear why the suspect was trying to avoid the checkpoint.