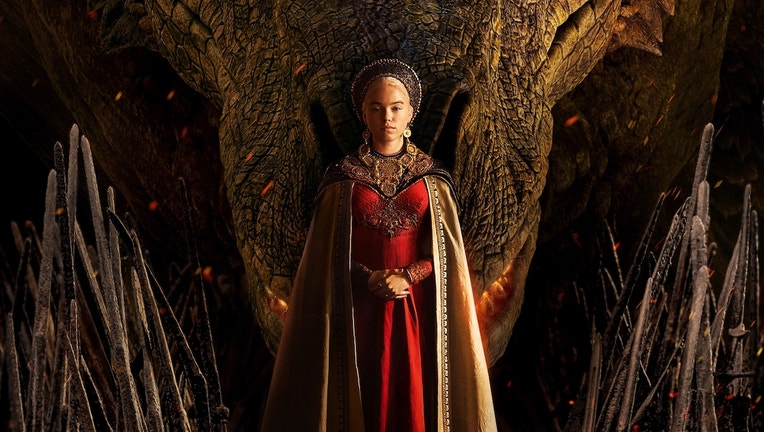 Chicago - The North remembers — but do "Game of Thrones" fans? It’s been three long years since HBO’s ratings juggernaut burned seven seasons of goodwill with a disastrously received final run of episodes. But now the denizens of Westeros are back thanks to a prequel series called "House of the Dragon," which premieres this Sunday, Aug. 21 at 9 p.m. ET.

Set 200 years before the events of "Game of Thrones," "House of the Dragon" features a brand new cast playing a brand new set of power-hungry characters, all vying to sit on that famed Iron Throne. Here’s everything you need to know before the series launches this weekend.

What is "House of the Dragon"?

While "Game of Thrones" focused on a particularly fractured time in Westerosi history, "House of the Dragon" jumps back two centuries to tell the story of the ancestors of Daenerys Targaryen (Emilia Clarke). Before the extinction of dragons and the exile of those icy blondes to Essos, the Targaryens were a powerful dynasty who ruled over all Seven Kingdoms for 300 years with the help of their impressive fire-breathing steeds.

The series is specifically set about 100 years into the Targaryens’ rule, back when dragons were plentiful and the family’s position was secured. It was a peaceful, even decadent moment in Westeros’ history, but that doesn’t mean there weren’t still political power struggles at play. While "Game of Thrones" focused on all the different houses and families vying for the Iron Throne, "House of the Dragon" tells the story of an internal war of succession amongst the Targaryens themselves. In other words: Expect a lot of people in blonde wigs glowering at each other. 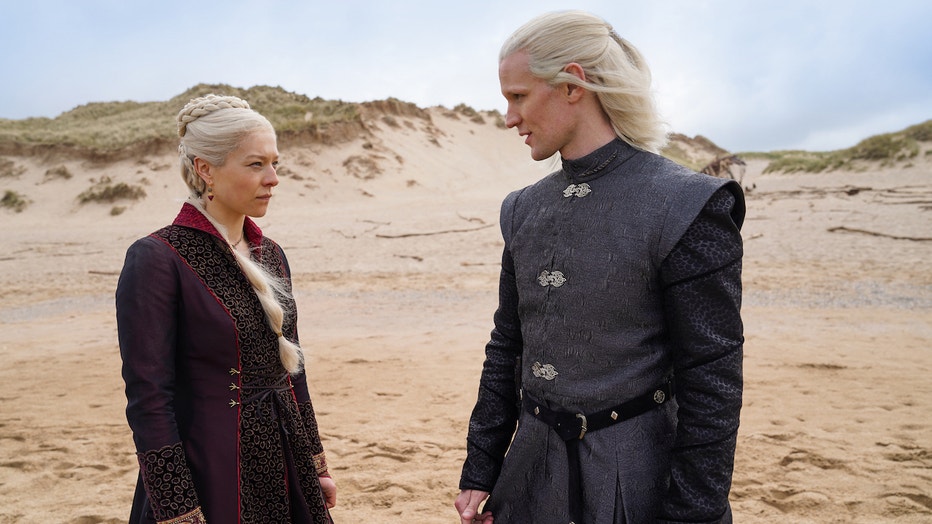 Is "House of the Dragon" based on a book?

Like "Game of Thrones," "House of the Dragon" is based on source material written by George R. R. Martin — who’s also involved with the new series as a co-creator and executive producer. But while "Game of Thrones" pulled from Martin’s multi-part fantasy novel series, "A Song of Ice and Fire," "House of the Dragon" is inspired by a less well-known corner of Martin’s universe.

WATCH FREE ON TUBI: Gerard Butler leads a Spartan army in "300" — get the app

Specifically, the show is adapting a portion of Martin’s 2018 book "Fire & Blood," which is less a narrative novel than a historical tome charting the entire history of the Targaryen dynasty. That means the series will have even more creative freedom when it comes to fleshing out the motivations and behind-closed-doors secrets of the show’s main players.

Indeed, one of the main goals of "House of the Dragon" is to recapture what made the early seasons of "Thrones" so beloved, and that includes refocusing on palace intrigue and nuanced character work, as well as bringing Martin back into the fold in a major way.

Who’s involved behind the scenes?

Along with Martin, the other main creative players are co-creator Ryan J. Condal and executive producer/co-showrunner Miguel Sapochnik. While Condal is new to the "Thrones" universe (his credits include writing the movies "Hercules" and "Rampage" and creating the TV show "Colony"), Sapochnik directed some of the most beloved episodes of the original series, including the fifth season episode "Hardhome" and the sixth season episode "Battle of the Bastards."

Composer Ramin Djawadi is also returning to give the series a signature "Thrones"-style sound.

Who are the main players in the story?

Like original flavor "Game of Thrones," "House of the Dragon" involves a massive ensemble of characters with flowery high-fantasy names and somewhat confusing relationships to one another. 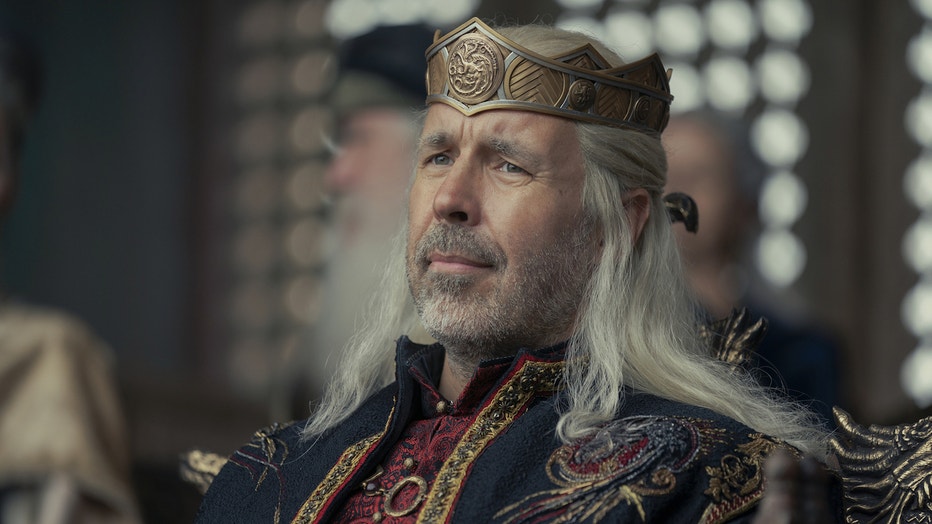 At the center of it all is King Viserys I Targaryen (Paddy Considine), Daenerys’ great-great-great-great-great-great-great grand uncle. That distant familial connection is why Daenerys’ brother (Harry Lloyd) was also named Viserys. But while Dany’s Viserys was arrogant and cruel, Viserys I is a much warmer, kinder leader. He’s the fifth king of the Seven Kingdoms, having inherited the throne from his grandfather, Old King Jaehaerys I. But since Viserys doesn’t have any adult sons, the main conflict of "House of the Dragon" hinges on who should succeed him on the Iron Throne.

Enter the players in this new (well, old) game of thrones! Which, in this case, is actually dubbed the "Dance of the Dragons," since so many Targaryens are involved.

WATCH FREE ON TUBI: "Clash of the Titans" — get the app

Those players include Viserys’ roguish younger brother Prince Daemon Targaryen (Matt Smith); Viserys’ headstrong daughter Princess Rhaenyra Targaryen (Emma D'Arcy as an adult, Milly Alcock in her youth); and Rhaenyra's best friend Lady Alicent Hightower (Olivia Cooke as an adult, Emily Carey in her youth), who's part of the king's inner circle in a way that could complicate things even further. 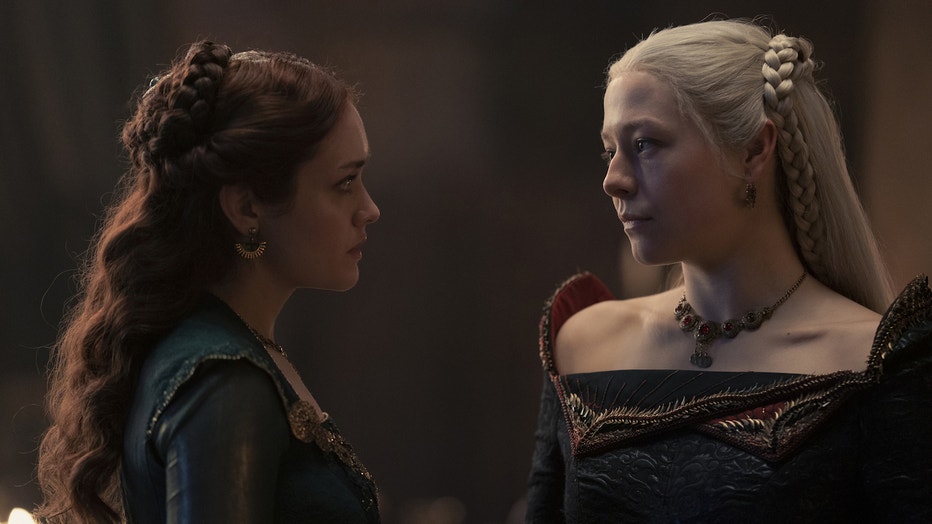 There’s also Princess Rhaenys Velaryon (Eve Best), Viserys’ cousin, who’s known as the "Queen Who Never Was," because she was also considered to succeed their grandfather but was ultimately passed over because of her gender. Indeed, while the original "Thrones" series produced more than its fair share of iconic female genre characters, "House of the Dragon" promises to put women even more front and center, with a more nuanced exploration of the realities of living in a medieval patriarchy.

"Men would sooner put the realm to the torch than see a woman ascend the Iron Throne," we hear Rhaenys say in the show’s teaser trailer.

Meanwhile, Rhaenys’ husband Lord Corlys Velaryon (Steve Toussaint), a.k.a. "the Sea Snake," comes from his own powerful seafaring family — who will be portrayed by Black actors in the series. "It was very important for Miguel and I to create a show that was not another bunch of white people on the screen," Condal told "Entertainment Weekly." "We wanted to find a way to put diversity in the show, but we didn't want to do it in a way that felt like it was an afterthought or, worse, tokenism."

When is the series set?

Unlike "Game of Thrones," which mostly unfolded at an even pace, "House of the Dragon" takes place over a much longer time frame. "Wars often begin in times of peace," writes Martin. And according to a feature in "The Hollywood Reporter," "House of the Dragon" will feature multiple multi-year time jumps within its first season, as it charts a lengthy power struggle filled with complicated political maneuvering and surprise new players — all building to an eventual civil war that marks the beginning of the end for the Targaryens.

WATCH FREE ON TUBI: Christopher Nolan’s "Inception" — get the app

Where is the series set?

While "House of the Dragon" will involve a whole bunch of new characters and new eras, the setting will at least be a familiar one. The series will largely unfold at King’s Landing and its main castle, the Red Keep, which is where the famous Iron Throne sits. (Albeit, with way more swords this time around.)

You’ll also likely see other familiar names, places and sigils pop up, as the series checks in on what the other noble houses of Westeros were up to 200 years before "Game of Thrones."

Okay, but what about the dragons?

We’ve really buried the lede here, but "House of the Dragon" will also introduce a whopping 17 new dragons into the "Thrones" universe, each with a more distinctive look and personality than the three Daenerys raised in the original series. (Perhaps that’s why episodes of "House of the Dragon" reportedly cost around $15-$20 million each.) 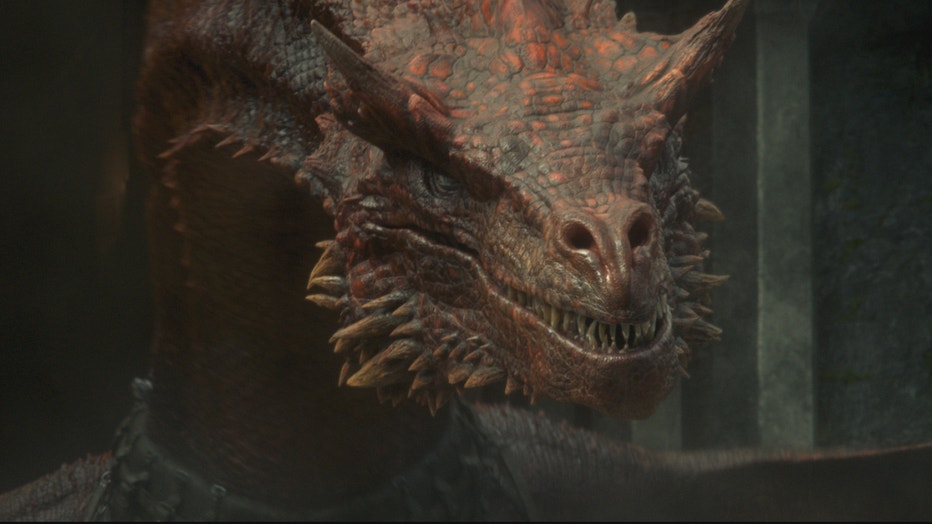 In an interview with "Entertainment Weekly," Sapochnik revealed that the dragons are divided into three main subtypes: dinosaur-like dragons, wolf-like dragons and horse-like dragons. And there are also differences between domesticated dragons and the wild, untamed ones too.

In other words, dragon fans should get ready to nerd out.

WATCH FREE ON TUBI: "Dragon Fury" — get the app

How many episodes will there be of "House of the Dragon"?

The first season of "House of the Dragon" consists of 10 episodes, with the finale expected to air on Oct. 23.

When does "Game of Thrones: House of the Dragon" premiere?

"House of the Dragon" premieres on HBO on Sunday, Aug. 21 at 9 p.m. ET/PT, but will begin streaming on HBO Max at 9 p.m. ET/6 p.m. PT — so West Coast fans can watch along simultaneously. New episodes air weekly.