CLEARWATER, Fla. - Friends, family, and colleagues gathered to pay their final respects to a Hillsborough County deputy killed in a murder-suicide in St. Augustine.

The memorial service for Deputy Abigail Bieber took place Friday at the Countryside Church in Clearwater.

"You were the best of us all," said Ben Bieber, one of Deputy Bieber's two brothers who are Clearwater Police officers.

"She fiercely loved all of you at HCSO," said her father, Bruce Bieber. "She was indescribably beautiful, undeniably delightful, she shined with the radiance of 10,000 suns and always will."

Prior to the service and procession, HCSO released pre-recorded remarks from three deputies who knew her best.

"She was always one of my Go-To deputies that I relied on very heavily," said Cpl. Garry Elser, Deputy Bieber's supervisor, adding she worked tirelessly on cases involving some of the most vulnerable victims. "She was an advocate for child abuse, sexual abuse calls. She loved to work with children. She loved to be able to go out and to be able to help them and be the necessary voice for those children and those victims." 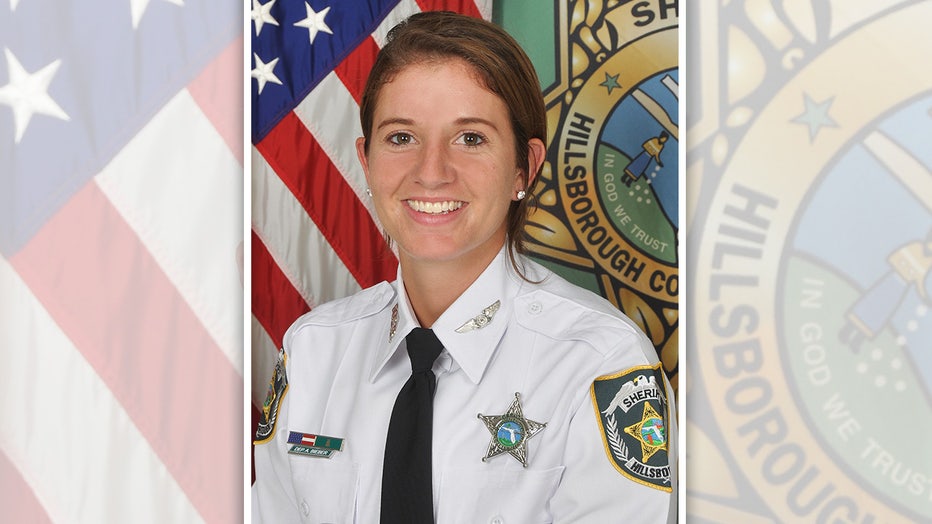 "She epitomized the values and the ideals that so many of us hold dearly. She was also a tremendous friend. She was loved by her family. She was a great coworker," added Deputy Jonathan Carpenter, who joined the department at the same time as Bieber in 2018.

The family is asking that in lieu of flowers, donations are made to Boys and Girls Club (Hachem Foundation Club), Mary Lee's House and Maxx & Me Pet Rescue. Their addresses are below:

Fellow law enforcement officers and loved ones gathered Wednesday for a procession to honor the life of a Hillsborough County deputy found dead in St. Augustine.

Fellow law enforcement officers and loved ones gathered Wednesday for a procession to honor the life of a Hillsborough County deputy found dead in St. Augustine.

Last week, the sheriff's office held a procession for Deputy Bieber from St. Augustine to Clearwater. Two of Bieber's brothers, Ben and Daniel, work as officers for Clearwater police, and were among those helping to escort her home, the agency said.

Investigators believe her boyfriend, Detective Daniel Leyden, a member of the HCSO's criminal investigations division, killed Bieber and then took his own life. This occurred while the couple was vacationing in St. Augustine with other deputies.