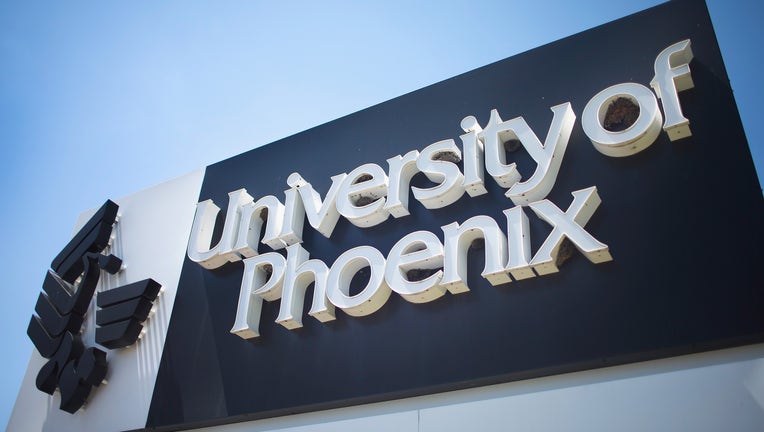 SCHAUMBURG, IL - JULY 30: A sign marks the location of the University of Phoenix Chicago Campus on July 30, 2015 in Schaumburg, Illinois. The university, the nation's largest recipient of veteran educational funds, is under federal investigation for

PHOENIX - Officials with the Federal Trade Commission announced that University of Phoenix will cancel $141 million in debts owed to the school by students who were harmed by ads that were allegedly deceptive.

FTC officials announced the debt cancellation on Monday, and said it is part of a $191 million settlement over allegations of deceptive advertising.

According to FTC officials, University of Phoenix and its parent company, Apollo Education Group, were accused of relying heavily on advertising to attract students, including specific ads that targeted military and Hispanic consumers.

Besides the debt cancellation, FTC officials say University of Phoenix will pay $50 million to the commission, which will be used for consumer redress.