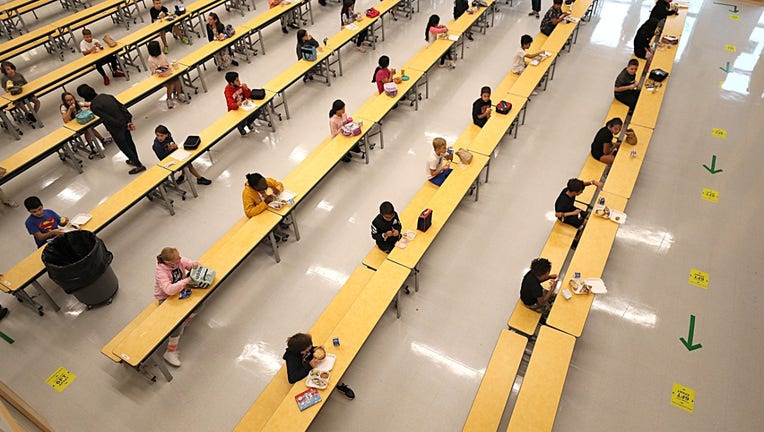 School children are spaced apart in one of the rooms used for lunch at Woodland Elementary School in Milford, MA on Sept. 11, 2020. Milford is one of the first school districts to re-open in the state, with a hybrid model, during the COVID-19 pandemi

TALLAHASSEE, Fla. - Florida Agriculture Commissioner Nikki Fried wants the state to be more open about how it plans to spend federal stimulus money received because of the coronavirus pandemic.

In a letter to Gov. Ron DeSantis on Friday, Fried requested a full accounting of federal “CARES Act” money the state has received so it can be discussed at a scheduled Sept. 22 Cabinet meeting.

“With an extraordinarily deep and broad economic crisis in our state, it is critical that Floridians are apprised of the ways in which this taxpayer funding is being expended,” Fried wrote to DeSantis. “You recently noted that ‘those CARES ACT dollars are obligated already,’ yet there has been no public accounting of the ways in which this funding has been obligated or expended.”

Fried, the only Democrat on the state Cabinet, estimated the state government has received $4.58 billion from the federal government. She noted that several states have used CARES Act dollars for school nutrition programs and would like some of the money Florida received to be “emergency relief” to schools and programs that provided lunches over the summer.

“Schools and school districts may face up to an additional $370 million in nutrition funding losses in the first half of the 2020-21 school year due to the pandemic,” the release said.

The state Cabinet has met only once since Feb. 4, with a May 28 meeting held by phone. An agenda had not been posted on the Cabinet website as of Monday afternoon.