FOX 35 Care Force: 2 former foster kids give back to community that served them

The FOX 35 Care Force salutes what people are doing every day to make other people's lives better. This week we highlight two former foster children who now give back to the communities that served them now that they are young adults.

"I originally went into the foster system when I was 16," he says."I was originally very upset entering the system, but ultimately it came out very positive for me," he tells FOX 35’s Luanne Sorrell.

Positive, because he found himself surrounded by people who loved and wanted the best for him..

"There were so many people who showed genuine interest and just helped me along the way. They just provided so many more resources than I could have ever expected," Grillo remembers.

Grillo graduated from high school and he is now a sophomore at the University of Central Florida studying radio and tv production. He is quick to point out how help from others got him to this point.

Spread it, he does. Grillo now advocates for children who are in the foster system. When his mentor offered him money for his birthday, Grillo asked that the money be given to Embrace Families to help other children.

"It really is really rewarding to see the growth out of that situation they were in from no fault of their own, and into this level of maturing where they really care about the experience of other kids and making it better," says Maureen Brockman of Embrace Families.

Embrace Families oversees 3,000 foster children in Orange, Osceola, and Seminole counties. Just like Grillo, Lisa Jaweed and her three brothers were under their care years ago.

"There were a lot of odds against us," Jaweed reflects.

She beat those odds, turning a bad situation into something good.

"I went to college and I graduated with criminal justice and legal studies," Jaweed explains proudly.

"She not only graduated from college but at the time she lived in St. Cloud and did not have transportation at the time. And she rode that bus two hours there and two hours back to UCF. Her graduation is such a tribute to her strength of character," Brockman explains. 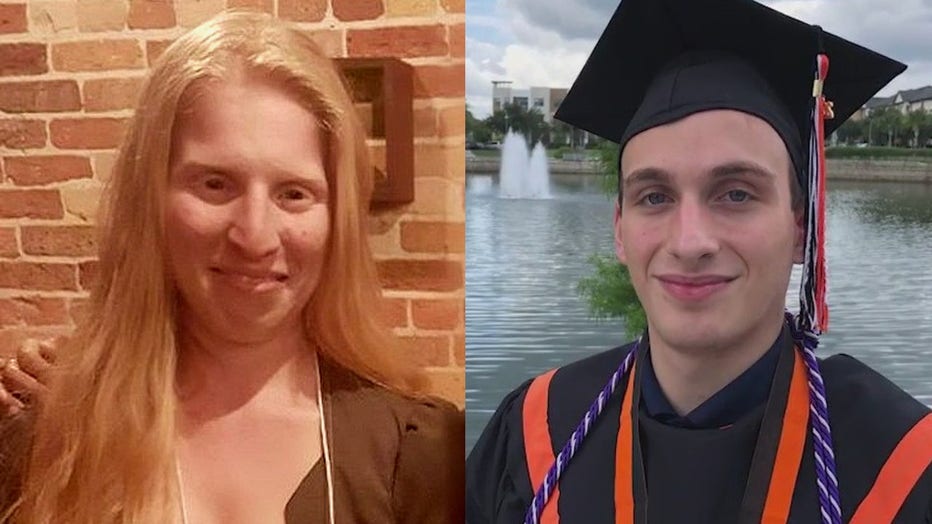 .
Jaweed's character also shows in how she pays it forward. She has been given awards for fighting for foster children. Every time she gets a chance, she donates to embrace families. Whether it's their annual fundraiser, the holiday toy and food drive, or the back-to-school shoe drive,  Jaweed helps kids who are going through the same struggles she once did years ago.

"The reason I am where I am now, is because of all the help that I got, so I can try to help people too," Jaweed says.

"I can only tell you the pride when I see a donation come from Edward or Lisa. It just takes my breath away every time," according to Brockman."They have helped me so much, and it feels like my obligation to pay it back, but not only that but to also pay it forward in general."

Grillo said if these two former foster kids can find a way to pay it forward, they say everyone can.  You just have to "find it in your heart to want to help children."

Jaweed added, "Any little bit of anything, you may not think it will help, but it will. Even something as small as a blanket, clothes, food, anything you can think of you can give back."

To nominate someone for our FOX 35 Care Force segments, email us at FOX35CareForce@fox.com.  For more about Embrace Families, visit their website.