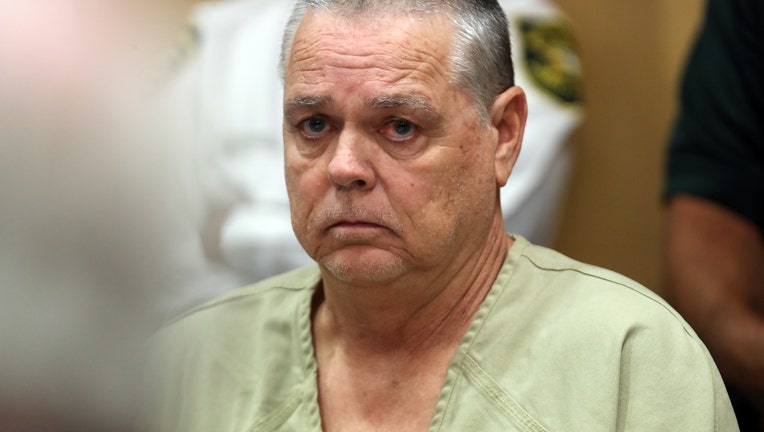 PARKLAND, Fla. - The former school resource officer accused of hiding during a South Florida school shooting that left 17 people dead said after a hearing Wednesday that he never would have sat idle if he had known people were being killed.

Former Broward County Deputy Scot Peterson, 58, appeared in court, where his attorney argued to dismiss child negligence charges against him, the Sun Sentinel reported. After the hearing, Peterson lost his composure and fought back tears as he described how his life has changed after the shooting at Marjory Stoneman Douglas High School in Parkland.

"I didn’t do anything there to try to hurt any child there on the scene," Peterson said. "I did the best that I could with the information. I did the best ... I’ll never forget that day. You know, not only kids died, I have friends that died. And never for a second would I sit there and allow anyone to die, knowing that animal was in that building! Never!"

Nikolas Cruz, who was 19 at the time of the February 2018 shooting, has been charged with 17 counts of first-degree murder and faces a possible death sentence.

Prosecutors have said that Peterson failed to come to the rescue as Cruz was making his way through the school’s hallways. The law that he’s accused of breaking specifically applies to caregivers, but defense attorneys are arguing that a law enforcement officer doesn’t fit the legal definition of a caregiver.

Prosecutors are arguing that school resources officers are inherently different from other law enforcement officers and should be considered caregivers.