DETROIT - Two of Detroit's big three automakers indicated over the weekend they would begin recalling some factory workers back to their respective plants as Michigan businesses seek to start reopening amid the COVID-19 outbreak. Ford said it was planning to recall a skeleton crew of workers Monday as it took steps to restart its assembly lines.

Both hourly and salaried workers would be receiving callbacks, however, the requests were voluntary and safety protocols would be in place with employees arrived.

Late last week, General Motors gave its workers a similar message that it was planning to reopen some of its plants and skilled trades and management employees were need to return to work. Signs are pointing toward a May start date for the factories.

But not everyone is on board with the initiative - namely the United Auto Workers Union which issued a press release last week arguing it did "not believe the scientific data is conclusive that it is safe to have our members back in the workplace." Several UAW employees that contracted COVID-19 have died since the pandemic managed to find its way inside facilities. 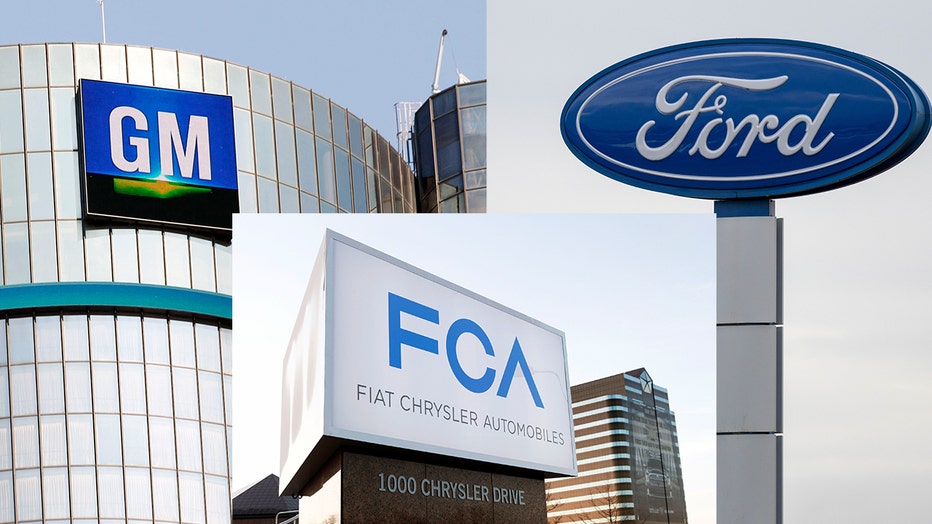 As coronavirus cases began to climb, the big three automakers shuttered their plants in mid-March as UAW leadership warned there weren't enough protections in place to guarantee workers could work safely.

What a restart at factories looks like remains unclear, however. The assembly plants in Southeast Michigan are large and employ tens of thousands of workers from the region. Reopening would require factories to accommodate for state-mandated social distancing rules and personal protective equipment in all places where possible exposure could occur.

While vehicles have stopped rolling off the assembly lines, the factories haven't completely closed. Following President Donald Trump's use of the Defense Production Act - Ford and GM have begun making face masks and shields, ventilators, and respirators.

The closure of Michigan's automakers has contributed to the state's unemployment rate, which counts among the highest in the country. The state's deep ties to the manufacturing sector mean a large segment of the workforce is unable to work seeing as the jobs require employees to be in the factories.

With the number of jobless near 25%, pressure is mounting on Gov. Gretchen Whitmer and public health officials to reopen the state's economy. However, she has warned starting too soon could lead to a second outbreak of COVID-19 that would further dismantle an already faltering economy.

There were promising signs the state could envision production ramping up in May after a plateauing of new cases was reported by health officials over the weekend. On Sunday, the state reported 41 deaths - the smallest daily total in almost a month. That evidence was enough of an indication that social distancing rules were being followed, which factored into Whitmer's decision to reopen some nonessential businesses in the state.

Eager to see a reopening of business, House and Senate GOP leaders have released similar-looking roadmaps that localize efforts to restrict businesses from operating. For counties with smaller populations and fewer cases, Republicans argue should have more flexibility in how its businesses operate.

But with rural hospital systems not capable of handling the kind of influx that larger health care facilities handled in Oakland, Wayne, and Macomb counties, Whitmer was hesitant to remove her blanket stay-home order. Those restrictions reached a fever pitch over the last two weeks when protesters showed up in the state's capital.