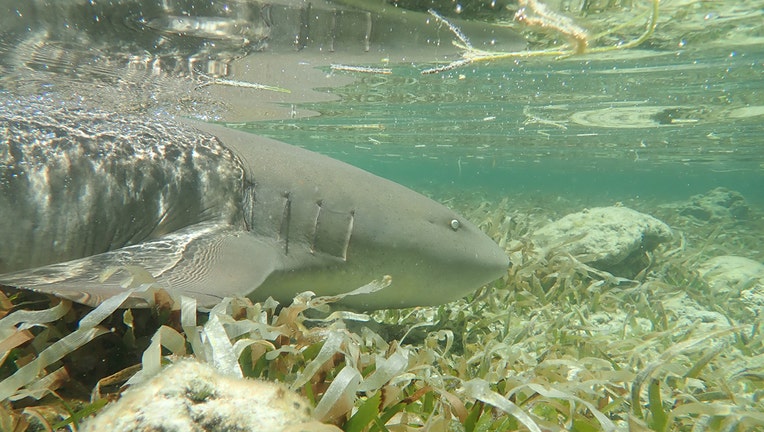 An adult nurse shark swims through the shallows of the Dry Tortugas nurse shark breeding ground. These sharks have been known to use this site since the late 1800’s, and have been studied for the past 30 years by scientists from New England Aquarium.

BOSTON - Research from the longest-running study of shark mating behavior in the world is highlighting the importance of protecting a critical habitat for sharks and rays in Florida after the vulnerable location took a direct hit from Hurricane Ian at the end of September.

The research, conducted by the New England Aquarium in Boston and recently published in the journal PLOS ONE, found individual nurse sharks repeatedly returning to a mating site in Florida's Dry Tortugas for up to 28 years.

Before the study, nurse sharks were only thought to have lived for about 24 years. However, the research found that the known life span was well over 40 years and possibly older, according to the New England Aquarium.

"The longevity of these animals and the fact that the sharks were first seen mating here in the 1800s suggest that this area is very important to their life cycles," said Dr. Nick Whitney, a senior scientist at the New England Aquarium and co-author of the study. "That's why we're concerned about the impact of the hurricane on these sharks and this site."

‘Hurricane Ian appears to have altered the landscape dramatically’

But that mating site in Dry Tortugas may have been forever changed because of Hurricane Ian.

The Category 4 storm passed directly over the area on the night of Sept. 27 and brought strong winds and destructive waves that severely altered the small islands protecting the shallow water mating grounds, according to the aquarium. 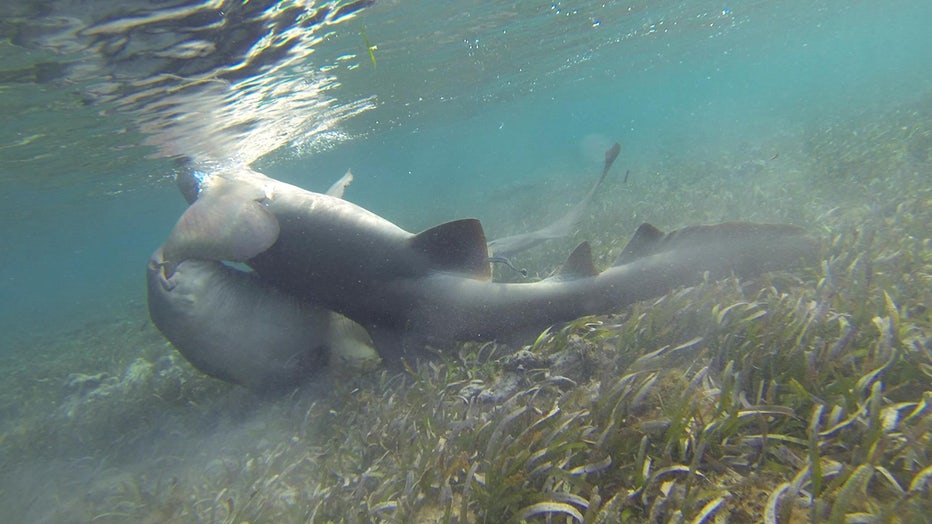 A male nurse shark (bottom left) grasps the right pectoral fin of a female nurse shark (right) in an attempt to mate with her on the Dry Tortugas shark breeding ground. Shark courtship and mating typically involves the male biting the fins of the fem

To make matters more complicated, researchers say they have been unable to confirm whether the underwater monitoring stations survived the storm or if the sharks have returned to the area after the storm passed.

That equipment listens for tagged sharks returning to the area 24 hours a day.

"Data from those receivers show that September and October are important months when females come into the shallows preparing to give birth, like a shark maternity ward," said Dr. Ryan Knotek, associate scientist with the New England Aquarium and co-author of the study.

The data from the study found the first example of individual female sharks switching their reproductive cycles.

While male nurse sharks returned annually in May and June, females arrived every two and sometimes three years in June, according to the aquarium. 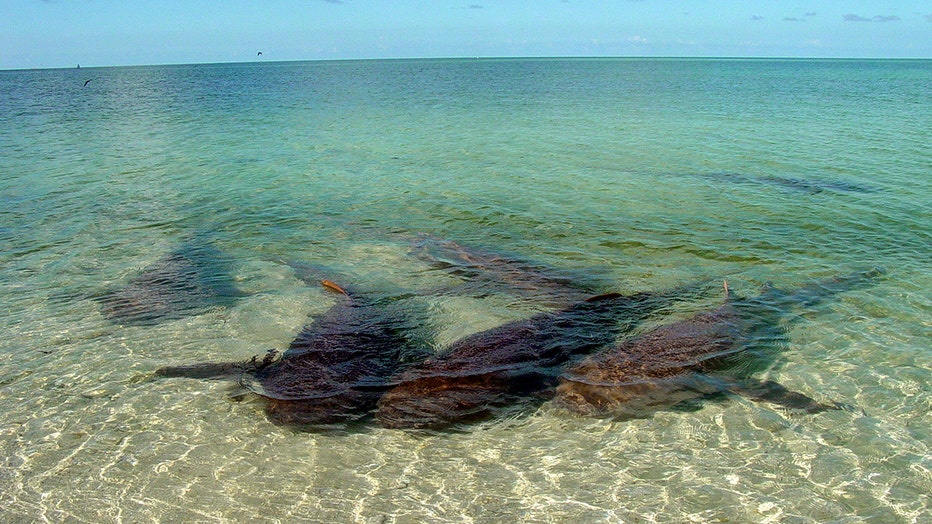 But now major questions remain: Will the female nurse sharks be able to use the area this fall, and will the altered site continue to serve its function as courtship and mating ground next summer?

"We have seen changes to the study site over the years from shifting sands caused by waves and storms, but this direct hit from Hurricane Ian appears to have altered the landscape dramatically," Pratt said. "We don't know if it will still have the perfect combination of shallow, warm, still water with a sandy bottom that seems to make it appealing to the sharks."

Funding is currently being sought for scientists to return to the site in 2023 to measure the impact Hurricane Ian had on the shark population.